Cool and refreshing Cucumber Gazpacho with yogurt, cilantro, coriander and lime. Top this with shrimp or keep it vegetarian! So simple and tasty. 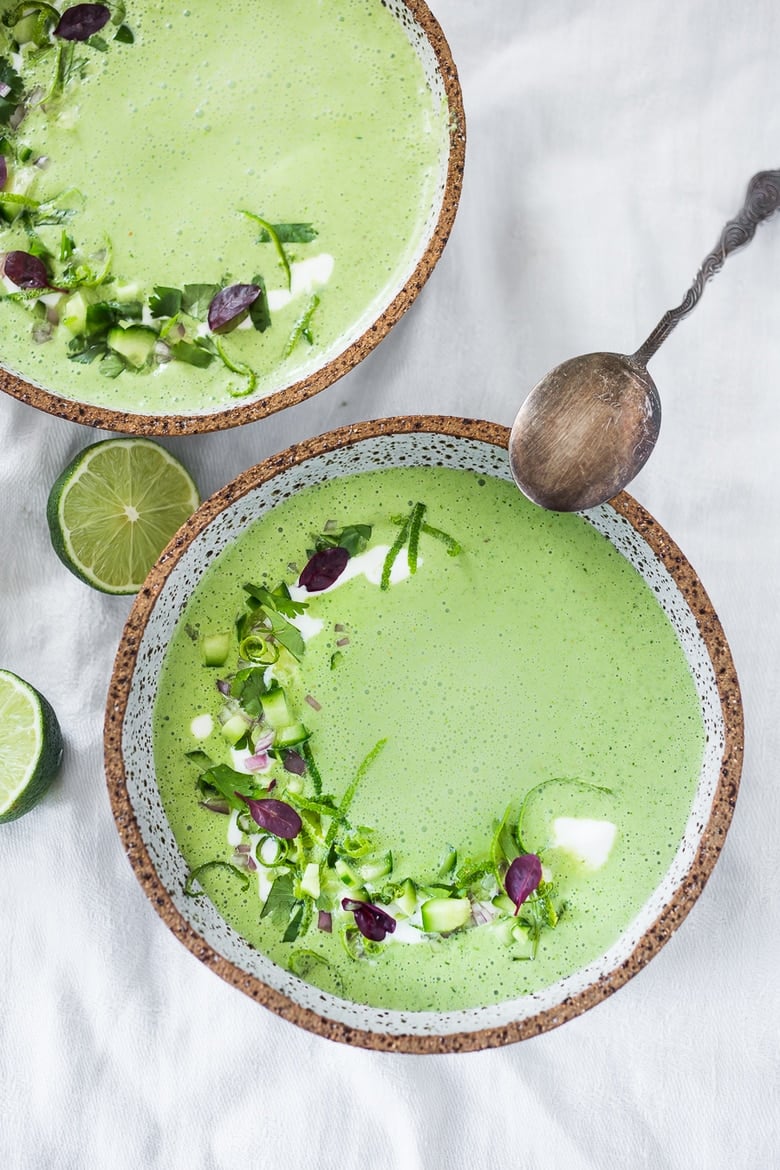 In the heat of summer, nothing is as refreshing as gazpacho. Here it is made with cooling cucumber, strait from the farmers market.  Its blended into a silky creamy soup with greek yogurt, coriander, lime and cilantro and then chilled.  When ready to serve, sprinkle it with finely chopped shallot, diced cucumber, cilantro and scallions for delicious texture and beautiful color. It always amazes me how something so simple and ordinary can be turned into a thing of beauty. To turn this into a light meal I sometimes add chilled shrimp which of course is optional.  This can also be served as a refreshing little appetizer, poured into tall shot glasses like we do when catering.  It can easily be made the day before and stored in the fridge until ready to serve. I’ve included a version of this soup in the current issue of Edible Seattle… on newsstands now! 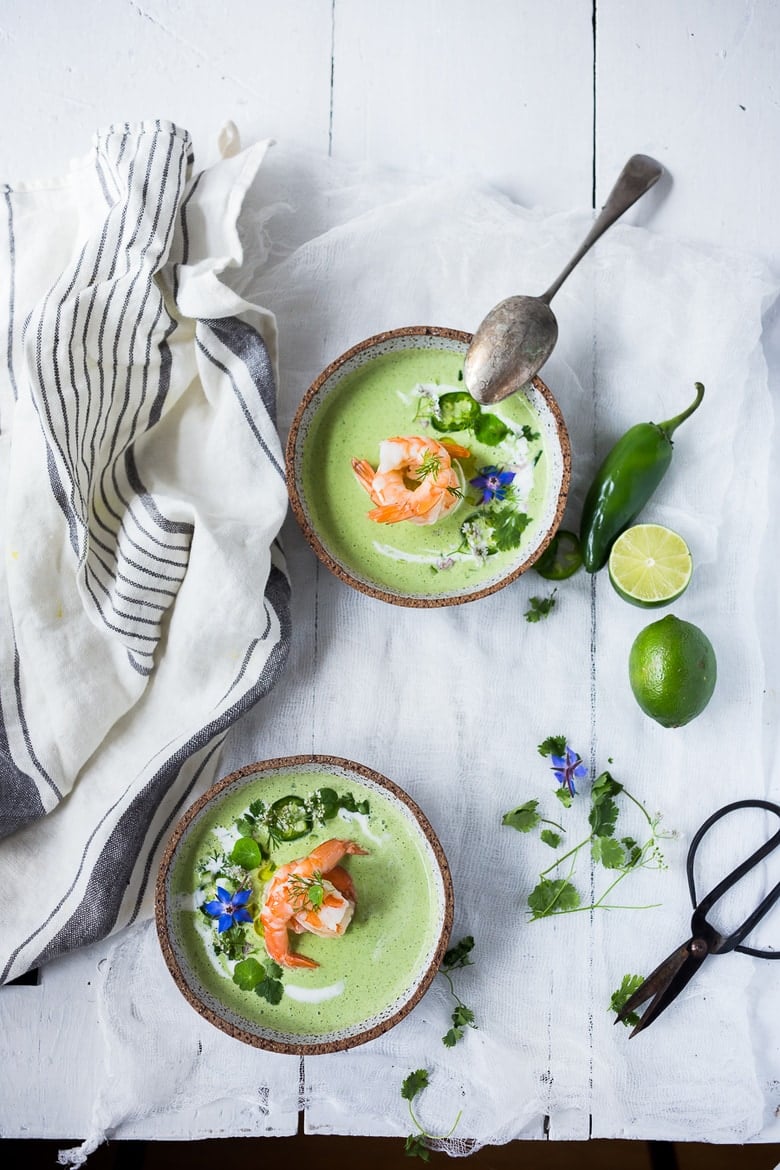 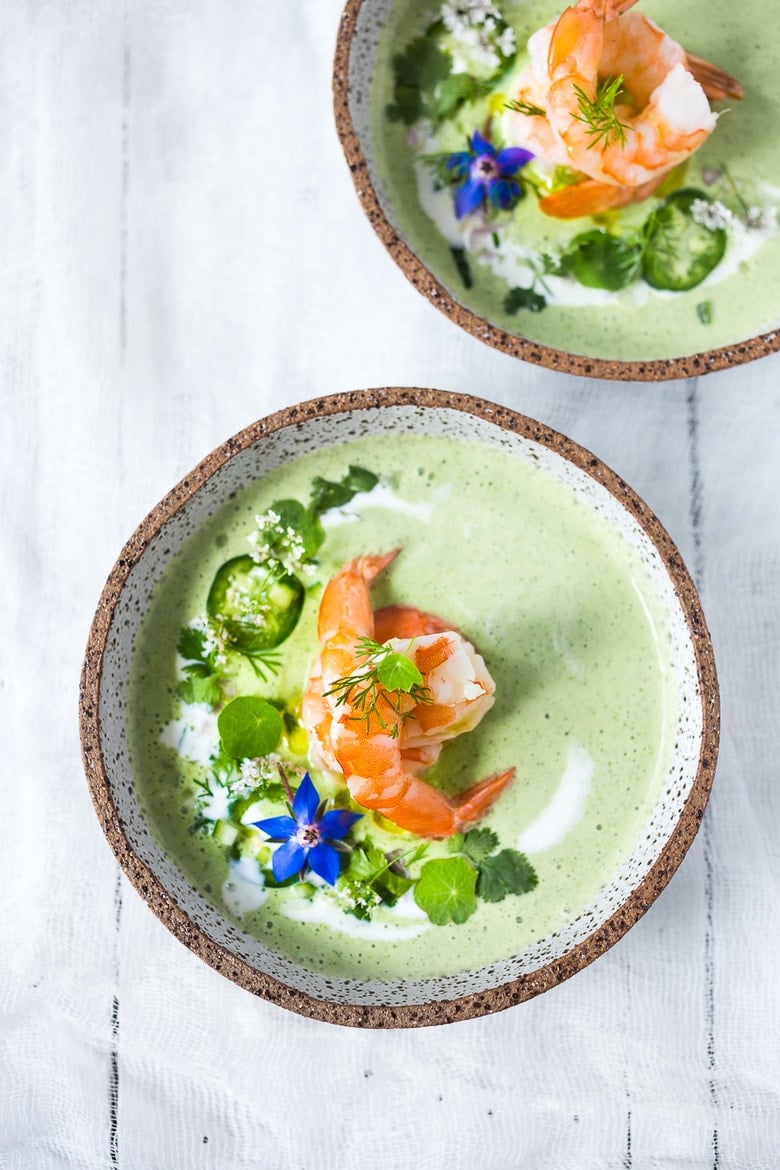 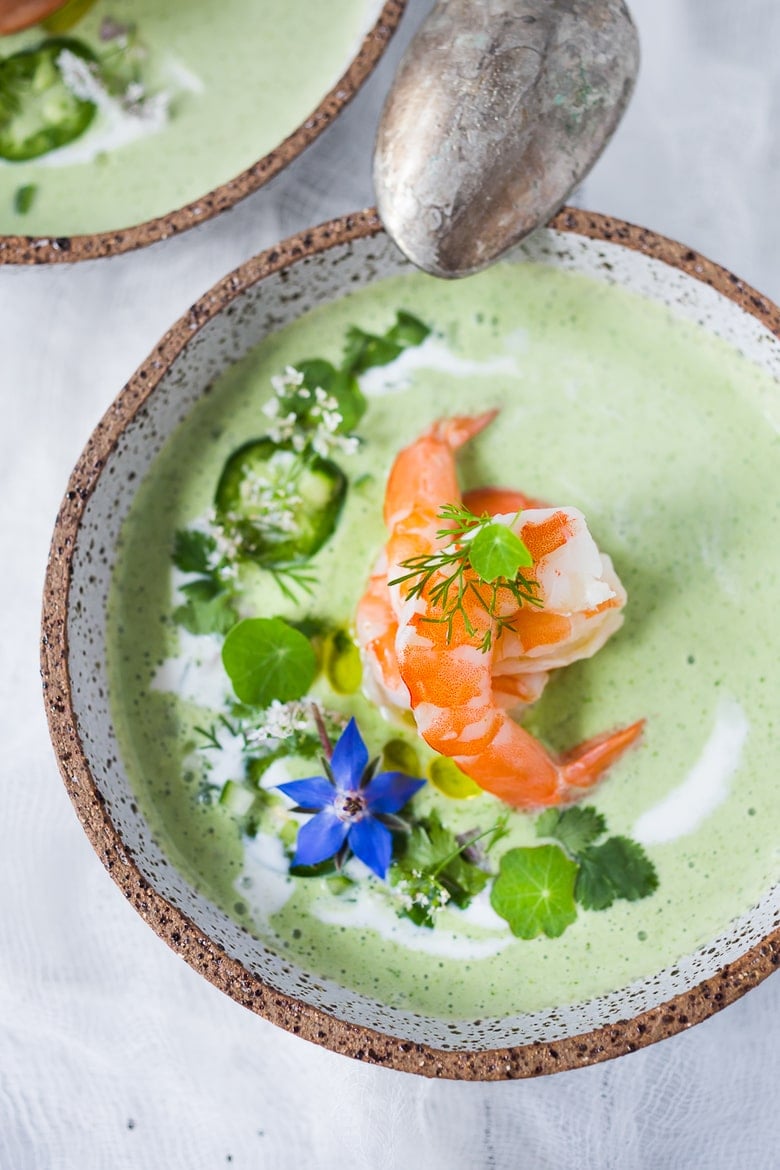 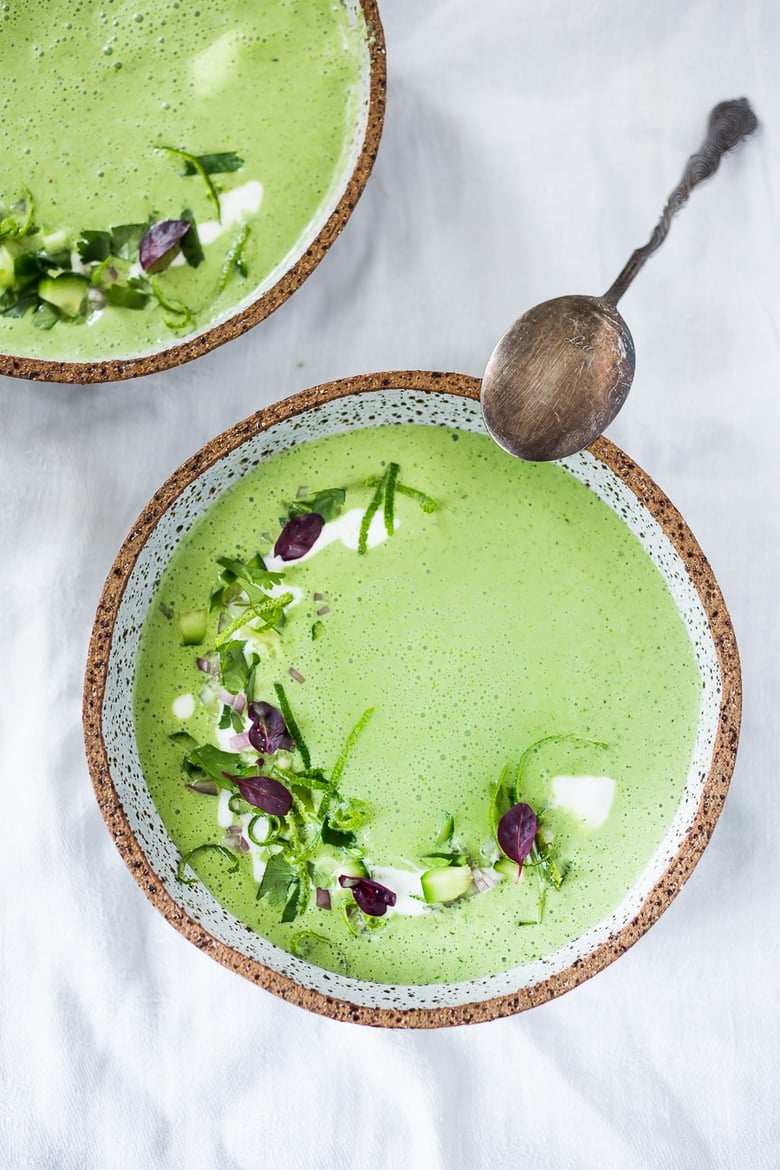 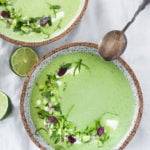 A refreshing recipe for Chilled Cucumber Soup with yogurt, lime and cilantro.