Home » Energizing Recipes » Szechuan Asparagus with Garlic, Ginger and Chilies
Pin
Share
Yum
Share
2K Shares
Szechuan Asparagus with garlic, ginger, dried chilies-  stir-fried and topped with roasted peanuts is a fast, easy vegan side dish that will spice up your dinner. Serve it with rice and crispy tofu (or chicken), and it becomes a quick and flavorful meal. 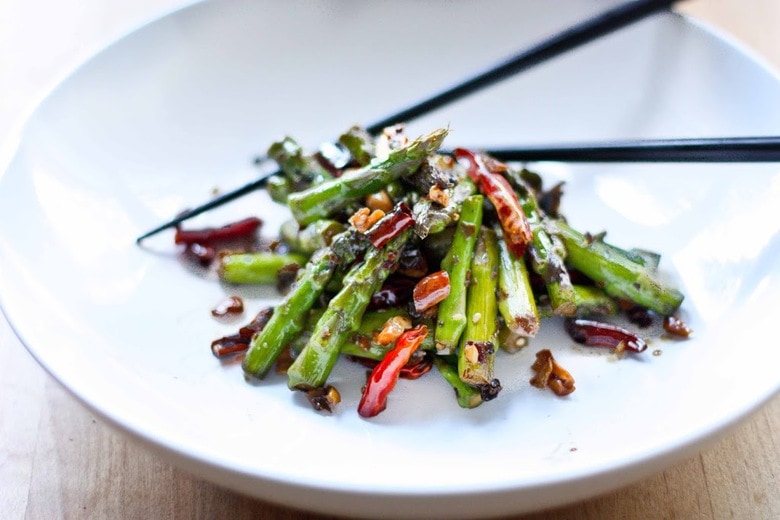 In Shanghai, this dish is typically made with Chinese long beans (similar to green beans), and during our recent visit there it easily became one of my favorites. Today I substituted asparagus, but know that green beans are another great option. 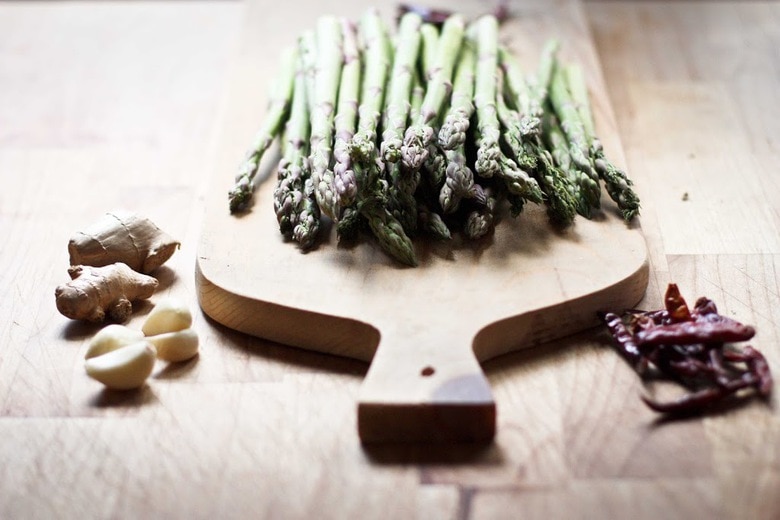 I wasn’t expecting to fall in love. Shanghai, a city of 23 million people, in Eastern China, was not even on my list of places I thought of going to.  But long story short,  it was the only city in Asia we could fly into using air miles. So we booked our tickets and hoped for the best.

I am not sure whether it was the city itself, or the amazing street food, or the people, or the culture… whatever it was, by the end of our first day, I was completely smitten.

What I noticed first was how clean it was. Orderly. Efficient. There was an energy of contentment in air. People started their day by doing Tai Chi in city parks and squares.  And as we sat there watching them slowly move the air with their hands, I began to feel a surprising sense of peace and calm.

I kept waiting for the chaos that usually comes with densely populated cities, but there was none to be found.

Most days we would meander the city that housed both ultra-modern and ancient structures, finding little alley ways to get lost in.  Here we discovered the tiny food stands, an endless array of tasty bites, for mere pennies. I can’t articulate how much joy this brought. 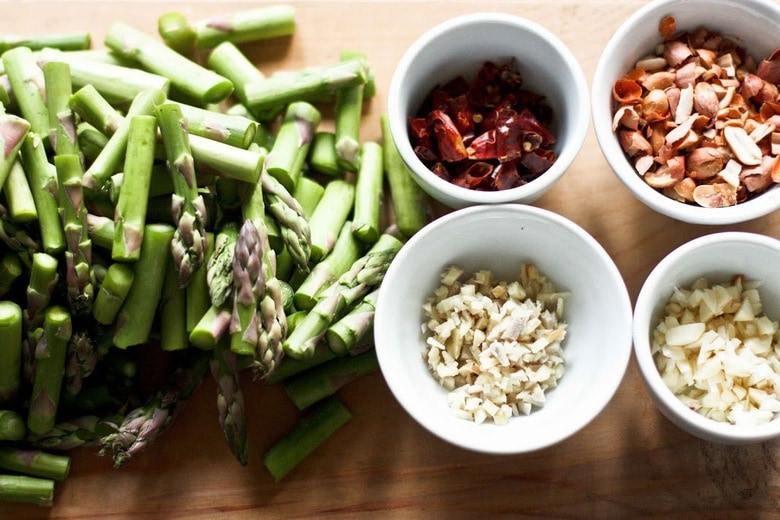 Dried red chilies are used to flavor the asparagus ( or green beans) but they are not meant to be eaten. So be generous with them. 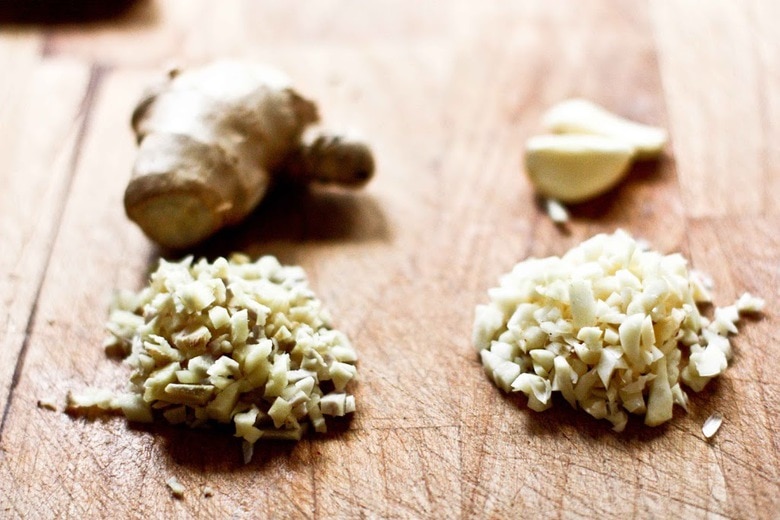 One thing we learned is that in China, many people don’t own ovens. Most cooking is stove top, using  a wok, China’s most common cooking utensil, where ingredients can be quickly fried, steamed, poached, braised or seared. Shanghai was a vegetarian’s paradise, with so many different kinds of fresh vegetables available everywhere.

For this recipe, once you prep the ingredients, the cooking part takes less than 10 minutes. If you don’t own a wok, a saute pan will work just fine. 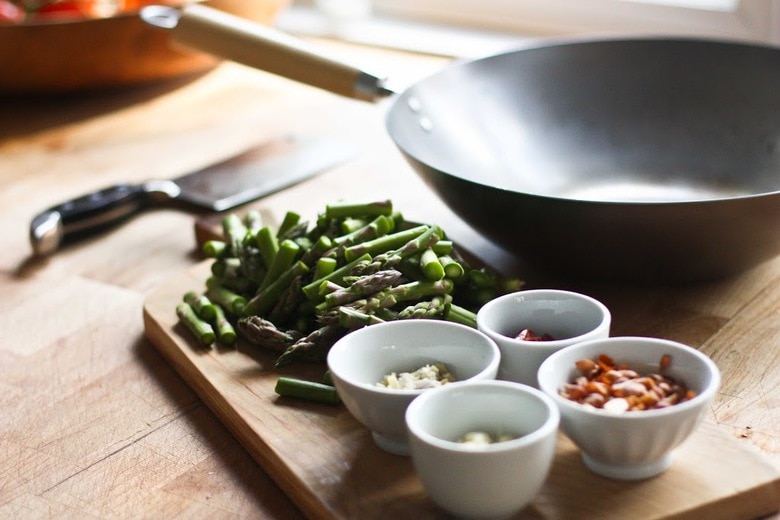 For extra flavor, try adding fermented salted black beans to give a little depth. These can be found at most Asian markets, but is totally optional. 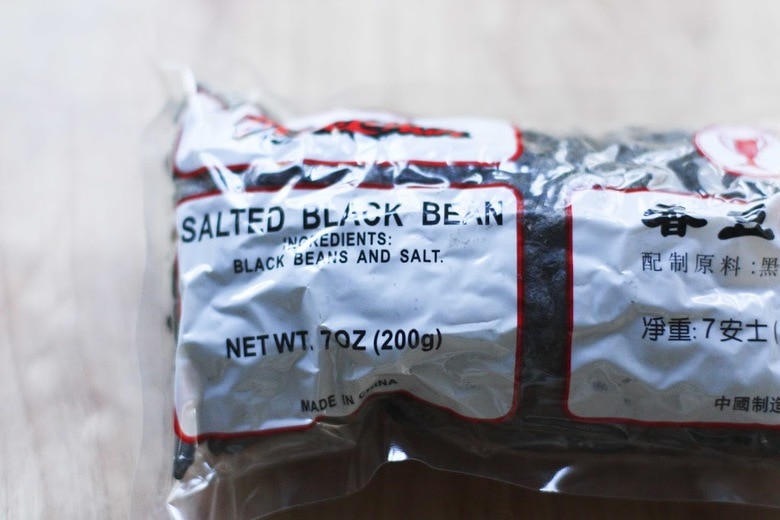 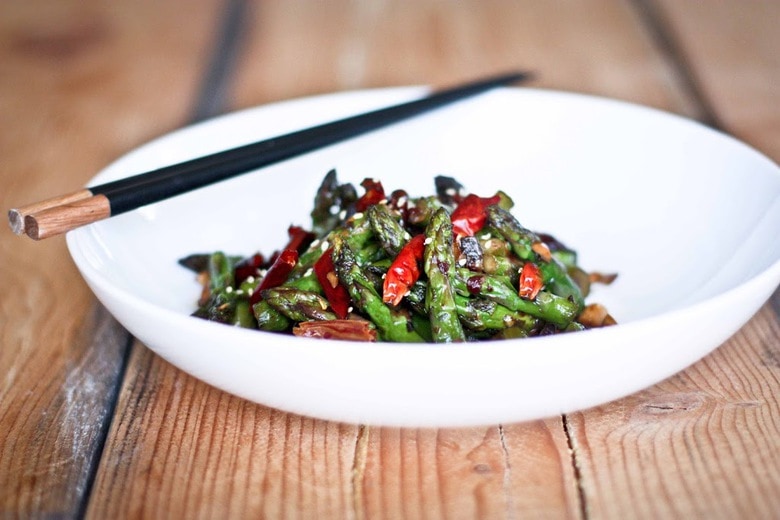 This would be great served with simple Baked Tofu!
Print 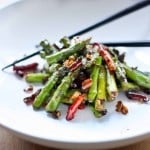 Szechuan Asparagus with garlic, ginger, dried chilies, stir-fried and topped  with roasted peanuts is a fast, easy vegan side dish that will spice up your dinner. Serve it with rice and crispy tofu (or chicken), and it becomes a quick and flavorful meal.

* If using green beans or long beans, sauté them in the peanut oil before adding the ginger and garlic. (They take longer to cook than asparagus.) Remove them from the oil when just tender, about 5 minutes, and set them aside. Then sauté ginger and garlic, following the recipe above, and adding the green beans back in the wok after all the other ingredients have been stirred together and reduced a little.