The EASIEST and Best way to Cut a Pomegranate with a simple video tutorial. Once you try it this way, you’ll be hooked! Easy, convenient and fast, and way more affordable than buying pomegranate seeds! Video! 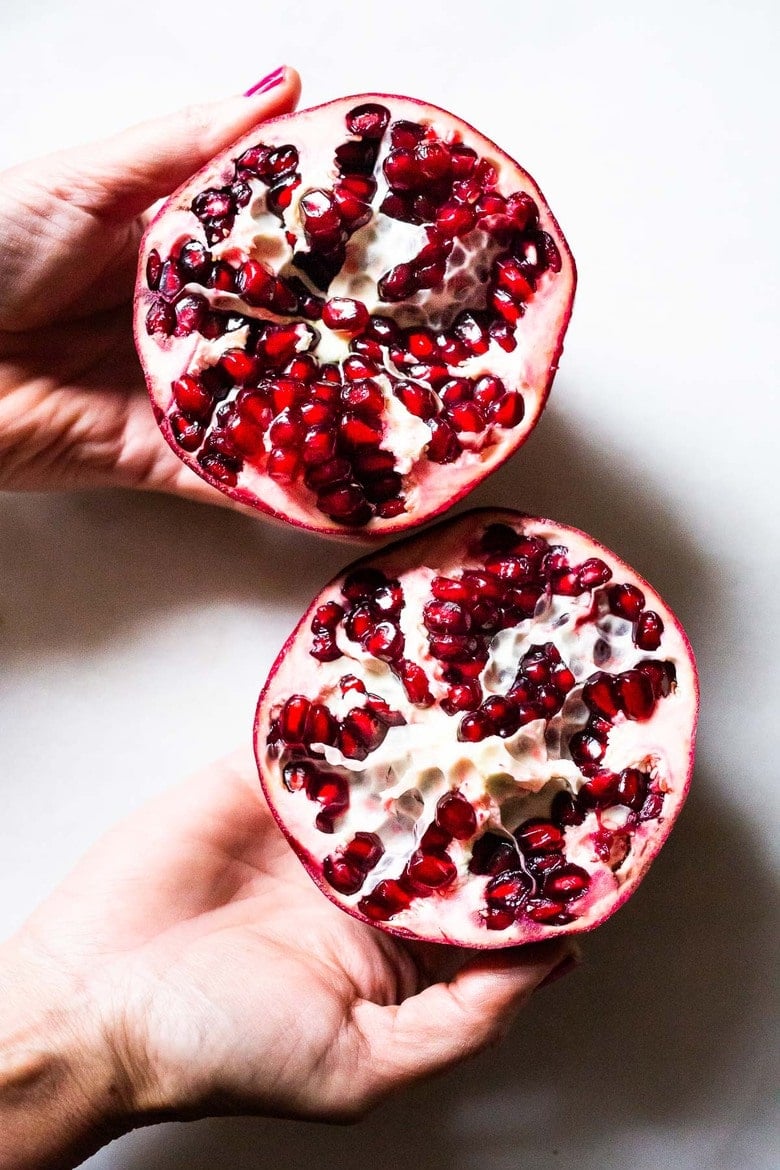 Pomegranates contain hundreds of ruby red seeds, called arils, and are in high season during the winter months. The seeds are full of healthy polyphenols and antioxidants- three times more than green tea or red wine! They also feed the good bacteria in our gut.

While I was at the grocery store I overheard two people debating whether or not to buy a whole pomegranate or to just buy the cup of seeds. The person in favor of buying the whole pomegranate believed it was a much better deal- spending a couple of dollars on a whole pomegranate vs. spending five dollars on one cup’s worth. The other chimed in and said how much she disliked deseeding pomegranates and much rather pay extra for the convenience of not having to deal with the hassle and mess.

Now I have no judgment either way, and yes, admittedly, there have been times when I have bought the cup of pomegranate arils myself, but this inspired me to do a little experiment.

I wanted to find out exactly how many cups of pomegranate seeds were in a pomegranate. Just out of curiosity. Can you guess? And then I started thinking, I wonder if most people actually know how to cut a pomegranate…. the EASY way?

The EASIEST WAY to cut a pomegranate: 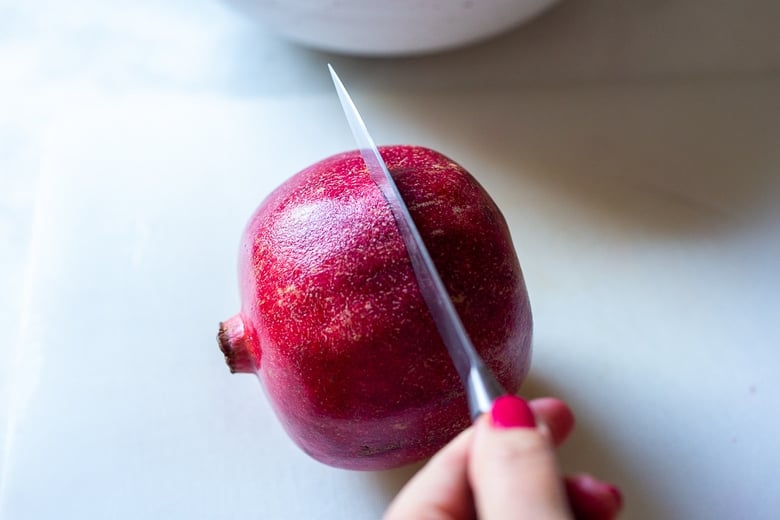 Use a knife to cut the pomegranate -score 1/2 inch deep around the middle.

Open a pomegranate by pulling it apart rather than cutting all the way through, to preserve the seeds. 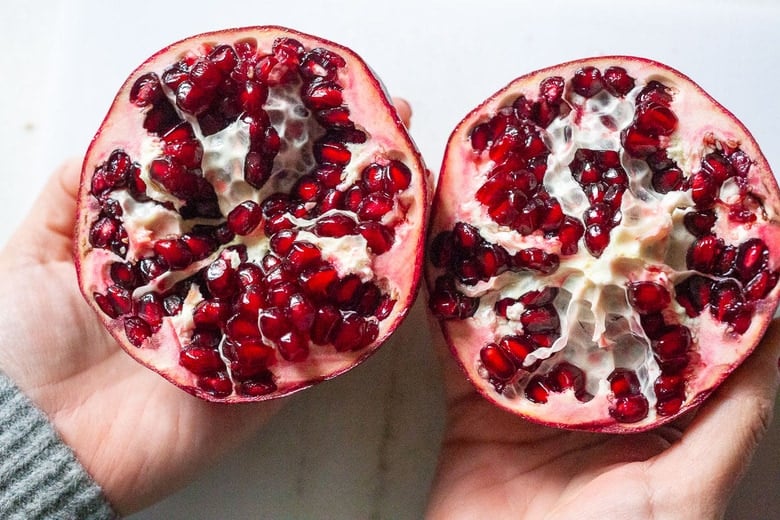 Gently stretch open the sides over a large bowl to loosen the skin from the white pith. 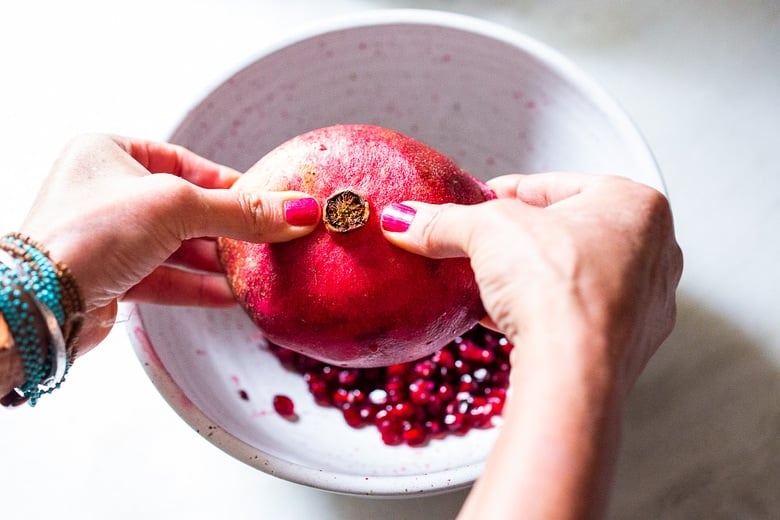 Remove the seeds by using a flat heavy wooden spoon or spatula, to whack the outer side. 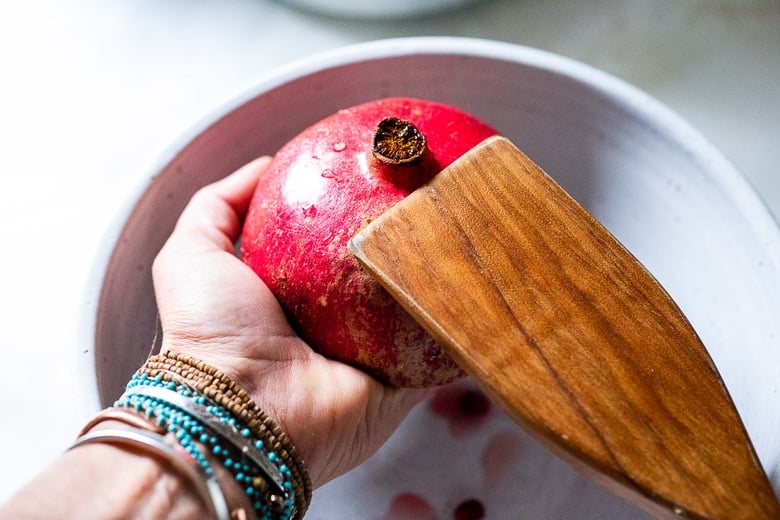 They will begin to release the aril into the bowl and into your hand. 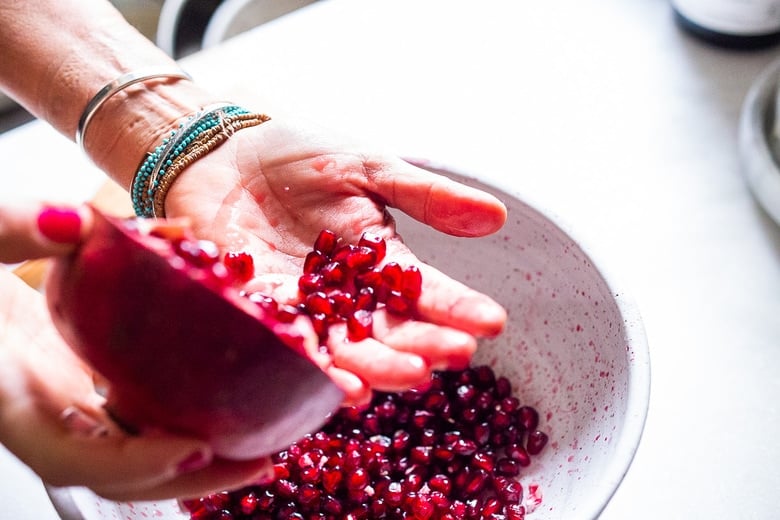 Squeeze the pomegranate like juicing an orange, but more gently, and rotating. 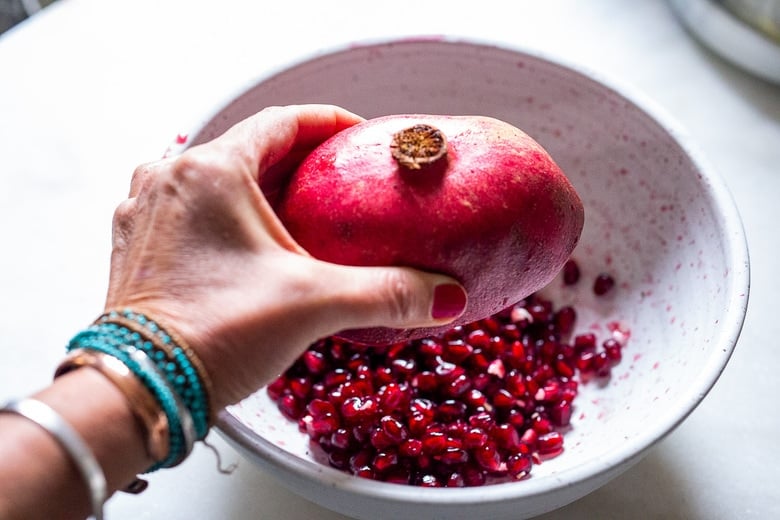 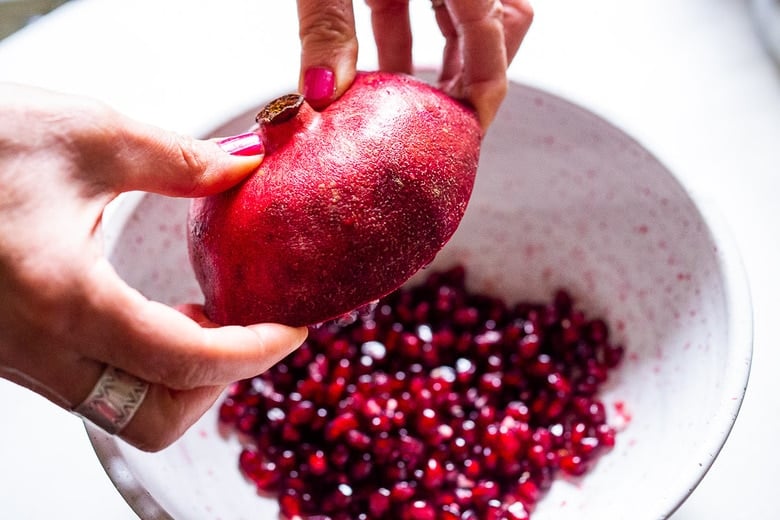 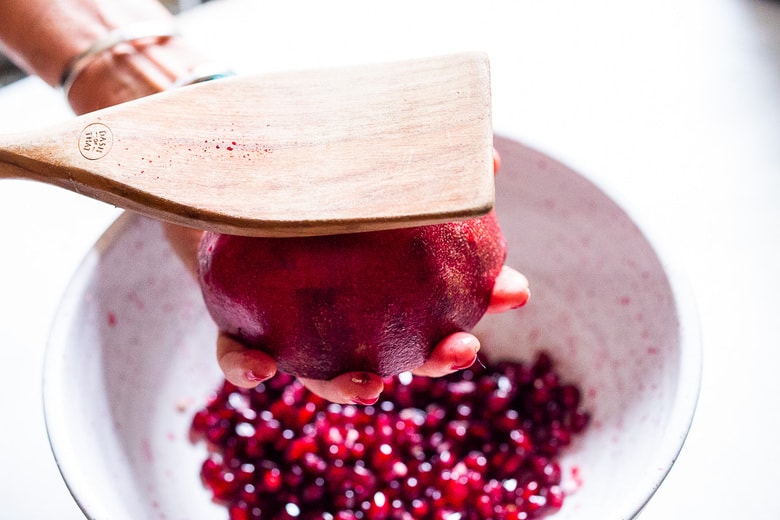 Stretch open the pomegranate skin and get all the shy ones. 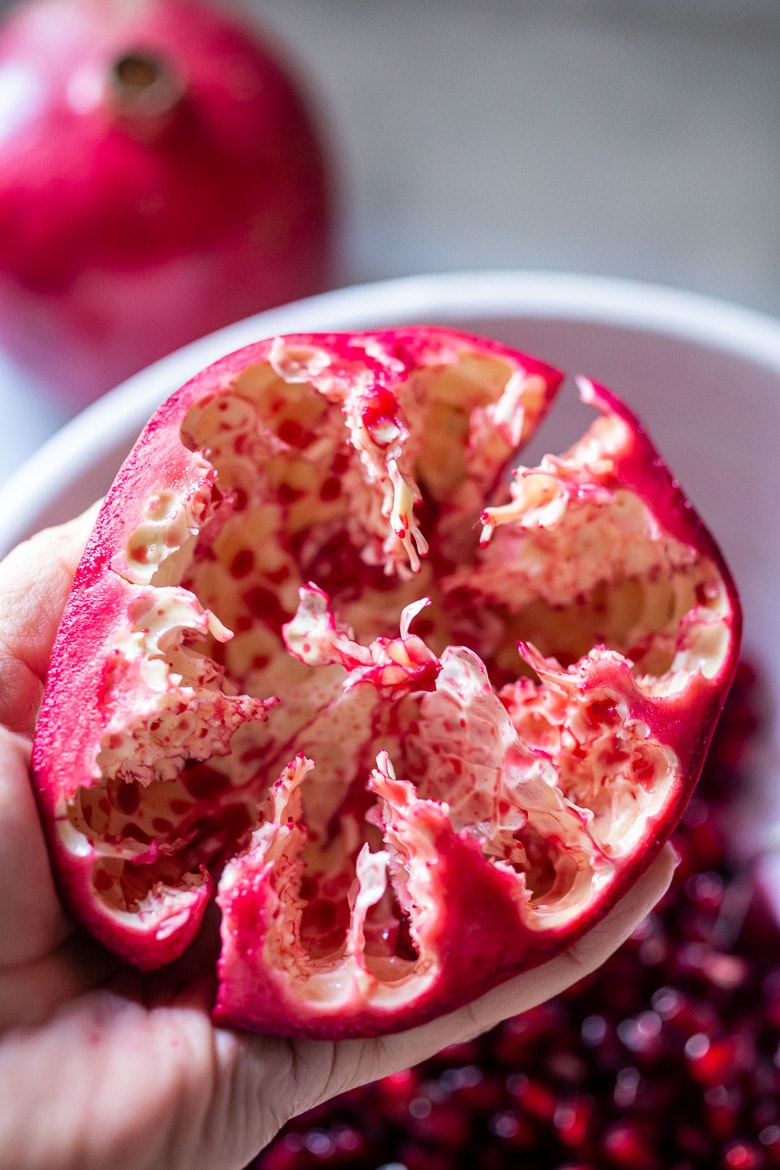 Remove any bits of white membrane from the bowl.

How many cups/seeds will a pomegranate yield?

How to store Pomegranate seeds: 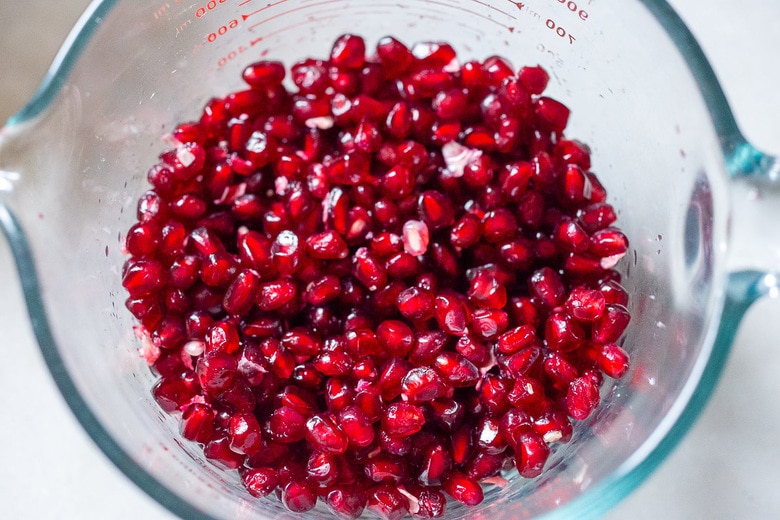 Have fun with this one, friends!  🥂

The EASIEST way to cut a pomegranate with a quick video tutorial. Once you try this method for deseeding a pomegranate, you’ll never go back! Fast, easy and affordable!

To freeze, lay in a single layer on a parchment lined sheet pan, pat dry, freeze, then place in a zip lock bag.