Vegan Energy Balls with coconut, pecans and Masala Spice, a simple, tasty vegan and gluten-free snack that can be made in 10 minutes! 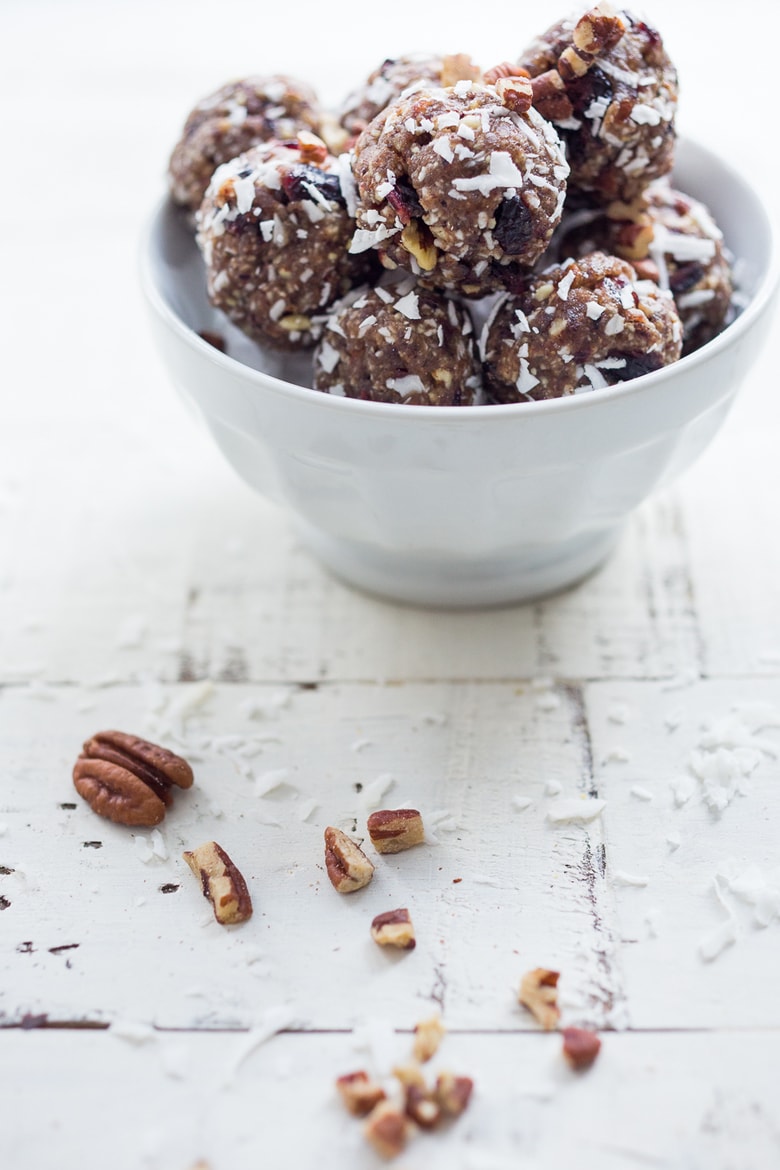 Meet my new little buddies – Vegan Energy Balls with Masala Spice!   These delicious guys will give you a boost of energy when you need it most- think breakfast on-the-go, or an afternoon pick-me-up. The best part is… these vegan, grain-free bites are not only made with simple ingredients (you probably already have everything on hand), they can be made in 10 minutes flat!

The masala spice gives them a subtle exotic flavor which I love, but know that this is totally optional, they are just as good without. The dried cranberries add a pleasant tanginess. I should admit, I’ve been a bit of an energy ball skeptic for a while now, but these little guys are truly so satisfying, both in flavor and texture, that I’ve even been switching them out for my nightly chocolate fix, and sleeping better for it.  Hard to believe, I know, but it’s true! See what you think! 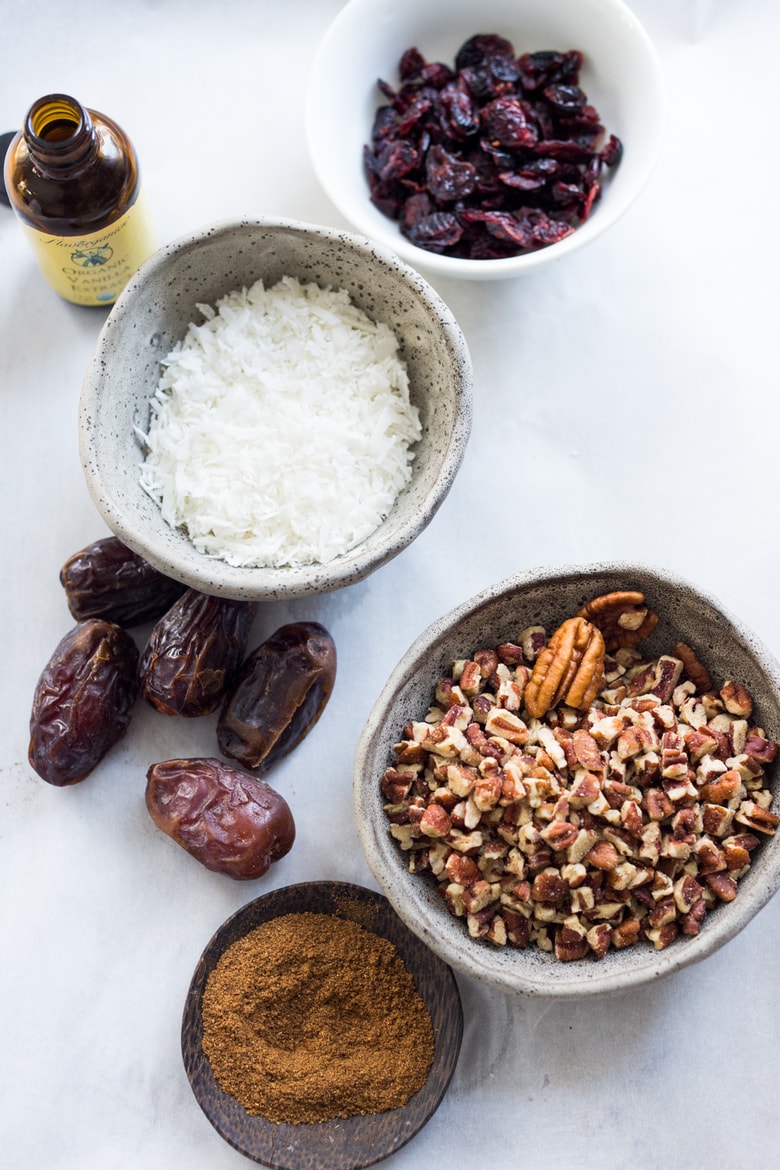 This week I’m partnering with The American Pecan !  Harvested during the fall months, October through December, across many of the Southern States, this is when they are at their peak of flavor – their sweetest and freshest.  This nutrient-dense nut is packed with so many health benefits and contain “good” monounsaturated fats, with zero cholesterol, and are a good source of plant-protein.  They’re also a high in fiber, which helps us feel fuller longer and energized all day long. 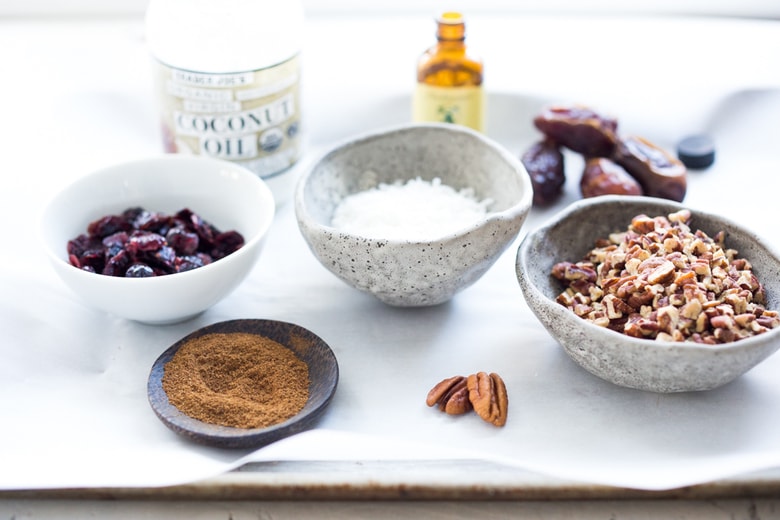 This recipe is so simple- it’s really only a matter of placing all the ingredients in food processor and pulsing. 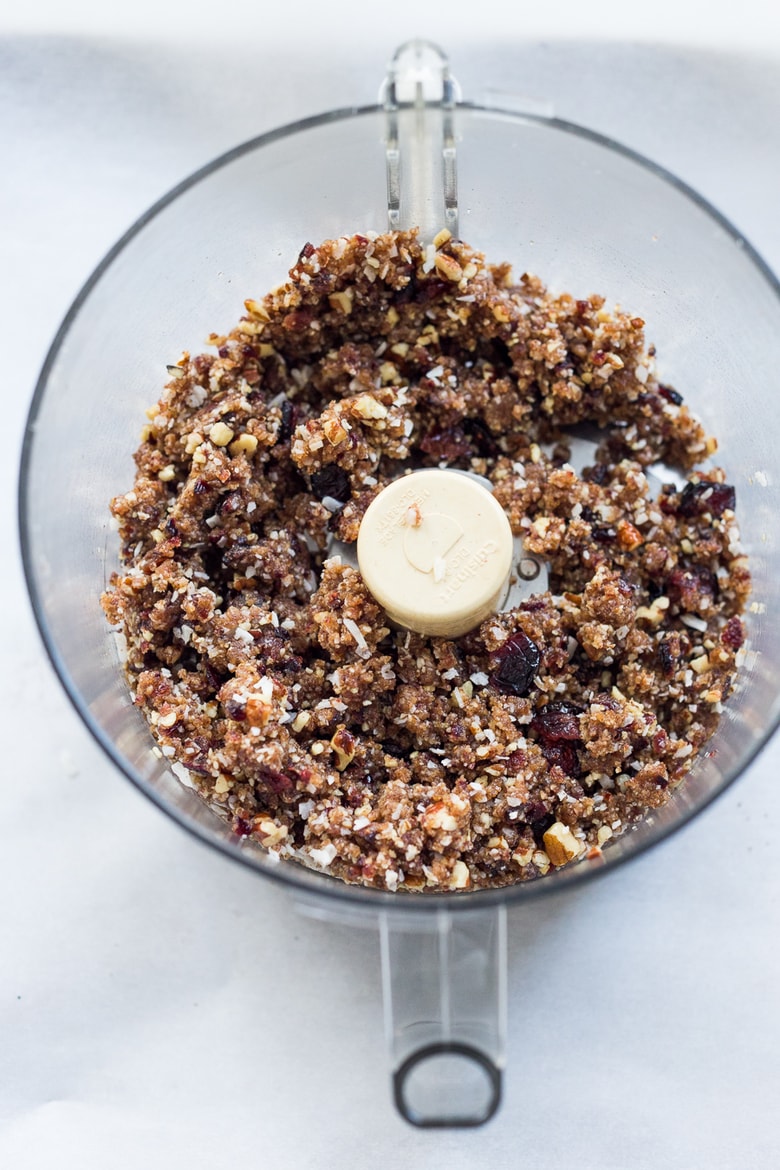 Using your hands, form into ping pong-sized balls and place on a parchment-lined cookie sheet and chill in the fridge or freezer until firm. 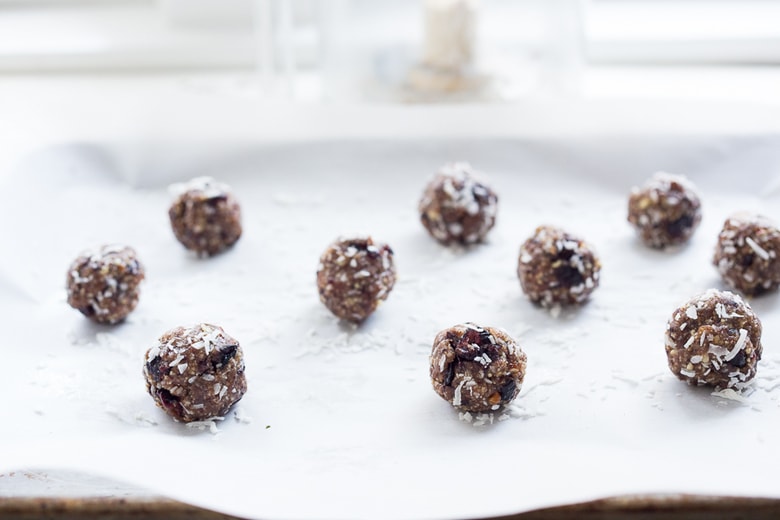 Once chilled and firm, feel free to store the vegan energy balls in a storage container or sealable bag in the fridge for up to 2 weeks.

Vegan Energy Balls with Masala Spice -a simple, tasty vegan and gluten-free snack that can be made in 10 minutes!

Vegan Energy Balls with coconut, pecans and Masala Spice, a simple, tasty vegan and gluten-free snack that can be made in 10 minutes!

Add pecans and coconut  into a food processor and pulse until crumbled. Add the remaining ingredients and pulse repeatedly until well combined.  For the best texture – leave the texture course, rather than making it too smooth.

Roll into 12 small ping-pong sized balls and place on a parchment-lined sheet pan to firm up and cool in the fridge or freezer. Once chilled you can stack in a storage container, or place in a ziplock bag, and continue storing in the fridge for up to 2 weeks, or freeze.