Here’s an EASY recipe for Homemade Teriyaki Sauce that can be made in 10 minutes! Use it as a marinade, stirfry sauce or flavorful dipping sauce. You’ll never buy bottled again!  Vegan and Gluten-free adaptable!  We love this in Teriyaki Mushroom Wraps and Instant Pot Teriyaki Chicken.

Hey friends, I just wanted to share a simple recipe for homemade Teriyaki Sauce, from my friend Tonia to use as a building block for other meals you’re making at home. This Teriyaki Sauce can easily be made vegan by using maple syrup instead of honey, and made gluten-free, by using Liquid Aminos instead of soy sauce.

It is very versatile, and a useful one to put in your back pocket when you want a marinade, or a stirfry sauce or even a dipping sauce- but don’t want to use one out of a bottle.

What I love most about this Teriyaki Sauce is its incredible flavor without any weird preservatives.  So balanced and tasty. To me, it hits all the right notes -salty, sweet, tangy and spicy!

Garlic and ginger add another layer of flavor. 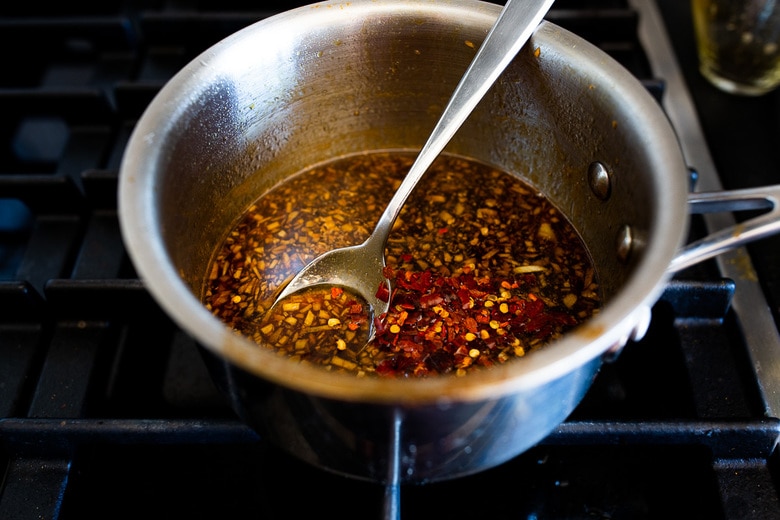 Simply place the Teriyaki Sauce ingredients into a saute pan and bring to a simmer.

If you want a thick Teriyaki Sauce, add cornstarch (or arrowroot) whisked with a little water. 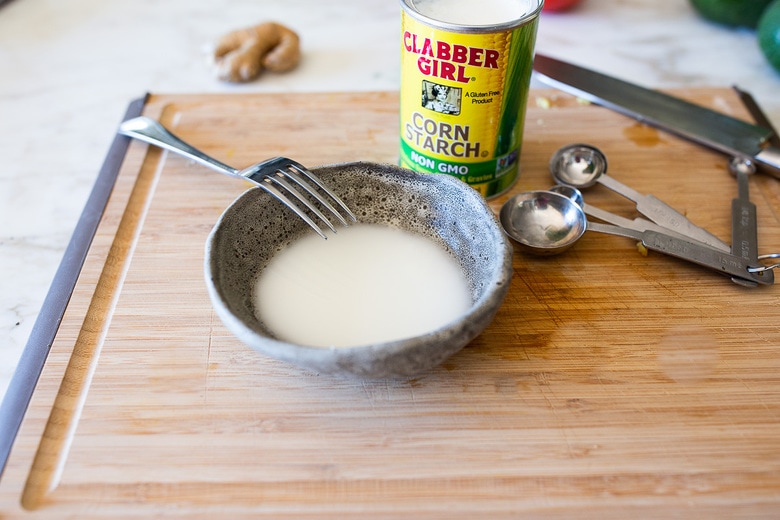 It will thicken right up perfectly for stir-fries or to use as a dipping sauce! 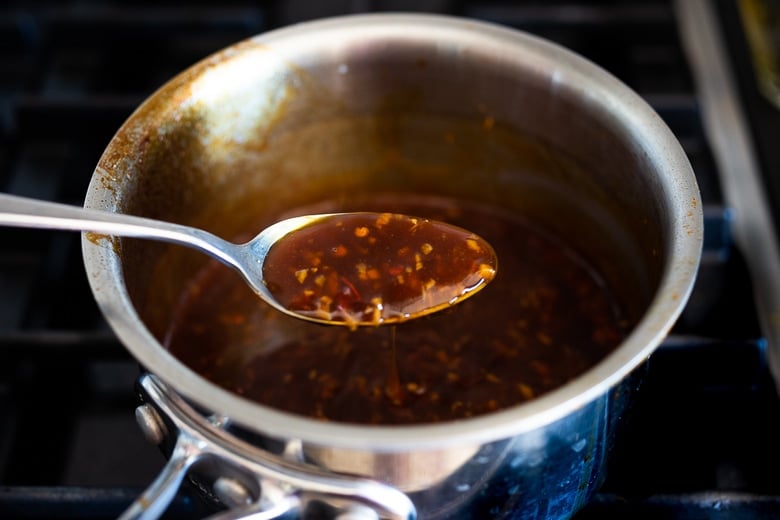 The teriyaki sauce comes together in under 10 minutes and can be made ahead. 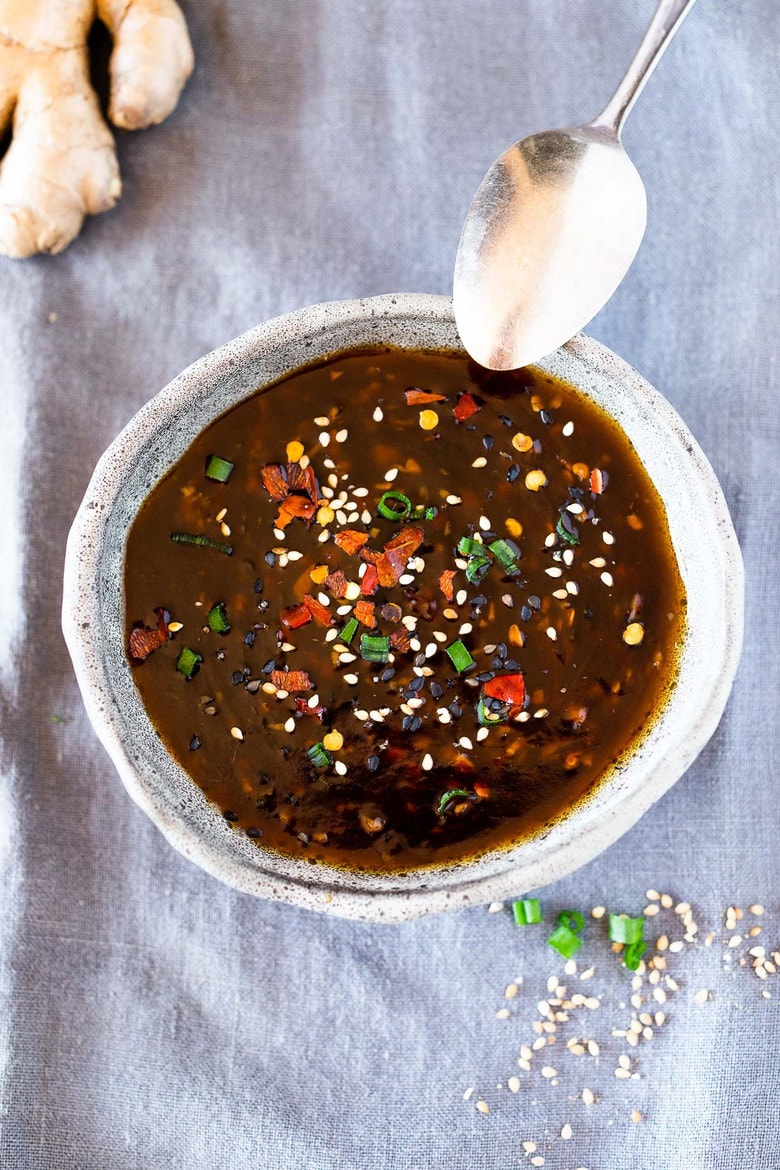 Let us know what you think in the comments below!

Hope you are at home, having fun.

An EASY recipe for homemade Teriyaki Sauce that is simple, healthy, vegan-adaptable and Gluten-free-adaptaptable to use as a marinade, stir-fry sauce or flavorful dipping sauce. Use this in Teriyaki Mushroom Wraps and Instant Pot Teriyaki Chicken.

If using regular soy sauce, use a scant half cup (like 6-7 tablespoons and fill to the edge with water, to dilute).

*Arrowroot can be substituted 1:1 for cornstarch.  (Important to use at the end of cooking, just before boiling, as continued heating will cause it to lose its thickening ability.)

You can add  less cornstarch for a less thick sauce, or leave it out entirely- especially if using as a marinade. 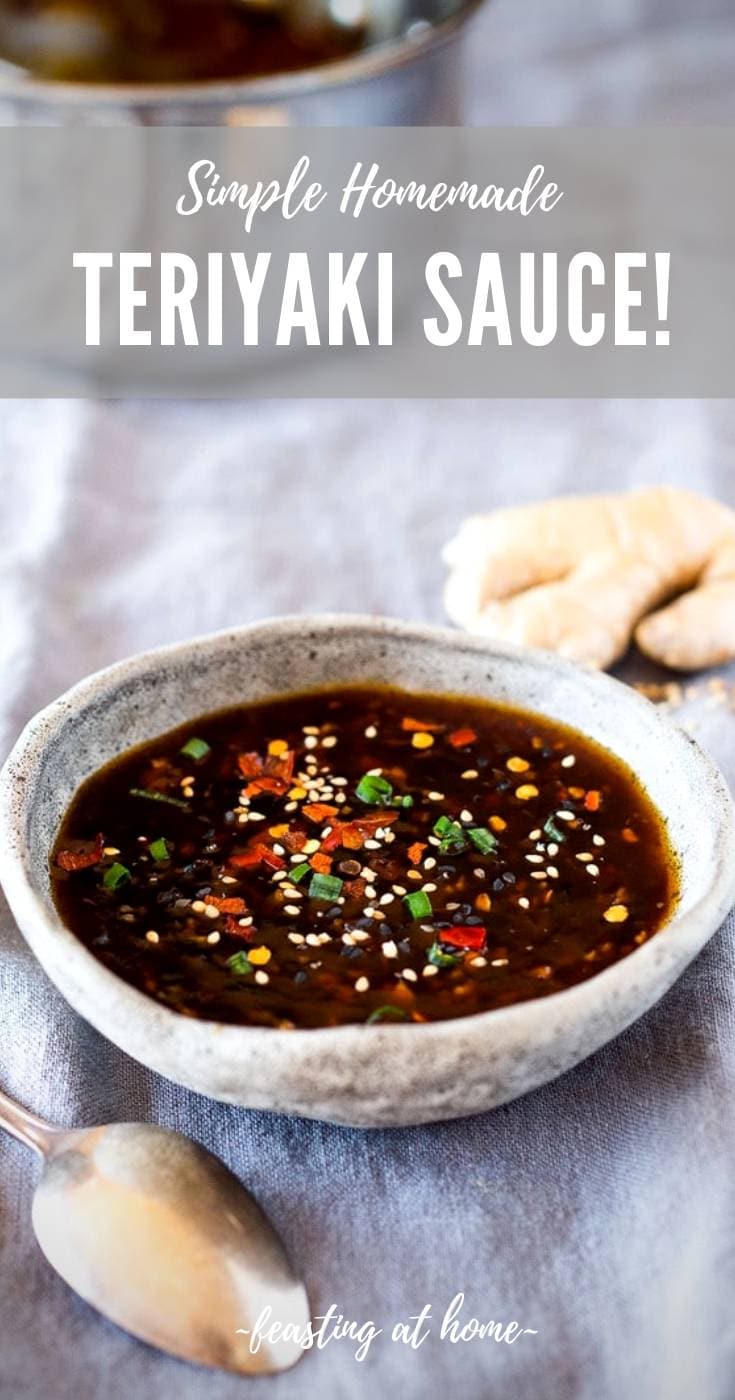