A simple, healthy recipe for Turkey Mushroom Bolognese, that can be made in an Instant Pot, Slow Cooker or on the stove top. Flavorful and delicious! 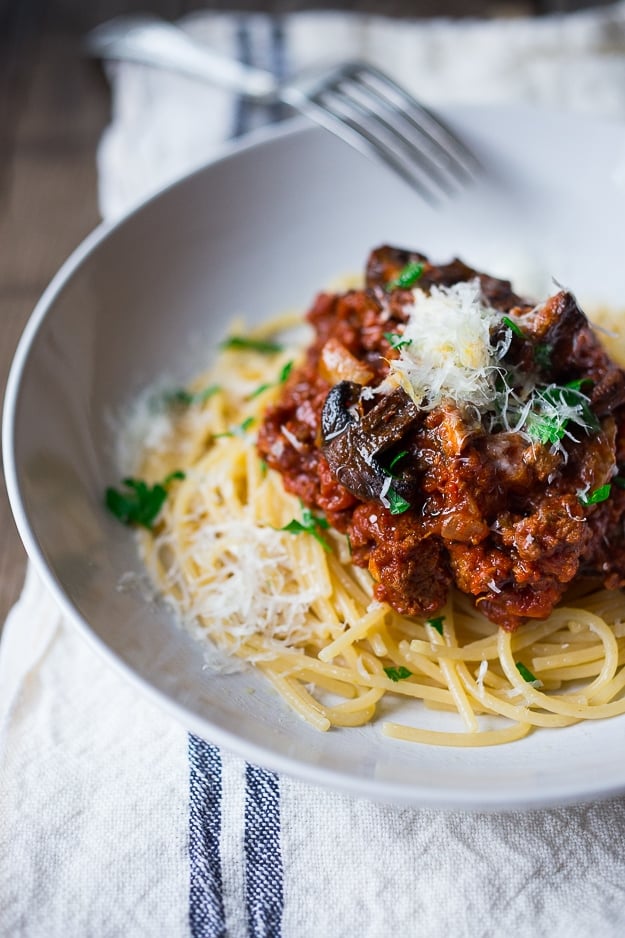 This healthy, lightened up Turkey Mushroom Bolognese Sauce is made with ground turkey instead of ground beef or pork, and instead of the traditional pancetta, I added mushrooms for flavor and depth.  You can make this in a slow cooker, Instant Pot or on the stovetop- your choice!  There are a few secrets to getting flavor and depth into this sauce without adding the beef and pork, which is a good thing to learn, and can be used in many other applications as well. Make a big batch, perhaps even a double batch, and freeze in smaller portions for quick and easy dinners. Serve over pasta, fluffy quinoa ….or my favorite, over roasted spaghetti squash, keeping it gluten free. 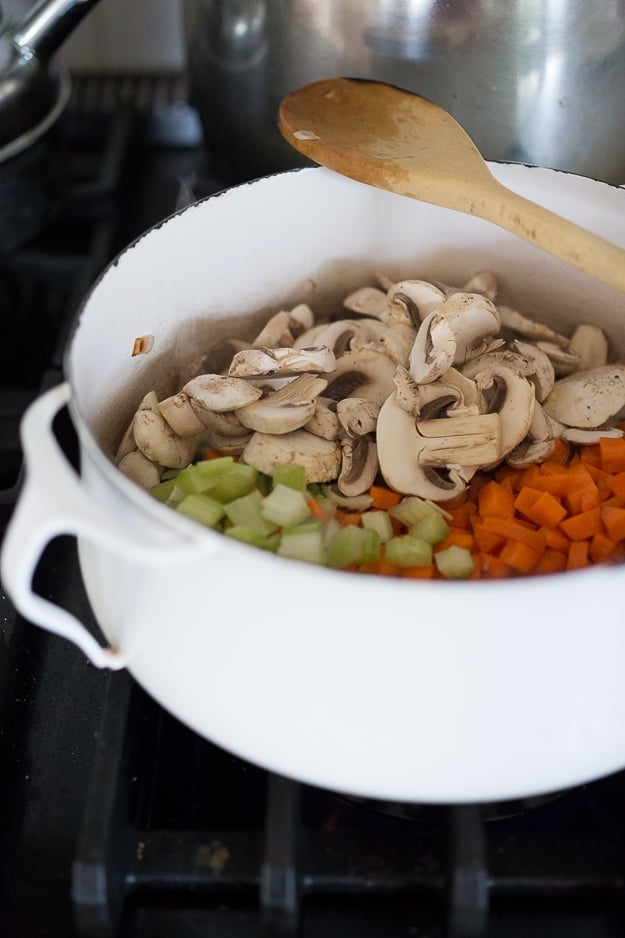 Six Tips to adding depth to Turkey Bolognese:
1. Brown the onions
2. Brown the turkey
3. When adding the tomato paste, make a well in the pan, and saute it in oil until it deepens in color, for 2 minutes, before mixing it in.
4. Add a little soy sauce ( or, as weird as it seems, a splash of fish sauce)
5. Add a parmesan rind to the bolognese
6. Add browned mushrooms, or even dried mushrooms to the slow cooker.
Once the stove top work is done, place it in a slow cooker, on lowest setting for 5-6 hours.
Or alternatively, keep simmering on low on the stovetop for 1-2 hours.
Or, you could cook this from the beginning in and Instant Pot, then pressure cook for 30 minutes. 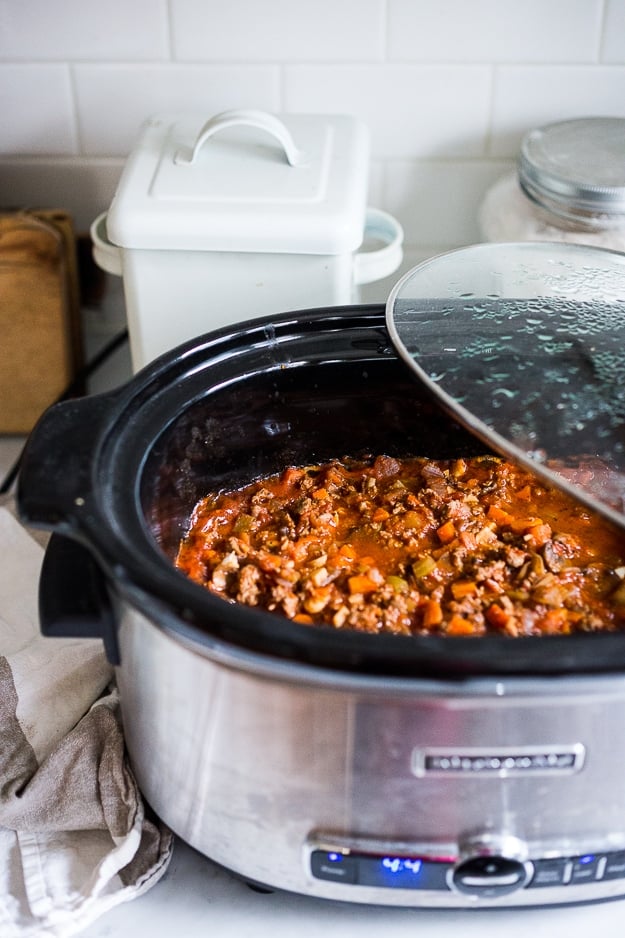 One of my dear friends loaned me her slow cooker while she is away galavanting around Italy for four months. She swears by this thing, but truth be told, I’ve had my doubts about the whole slow cooker craze. I worried about how things would actually taste after cooking for that long, and how it would affect texture. This was my first project, and it turned out surprisingly great. Next up, beans. 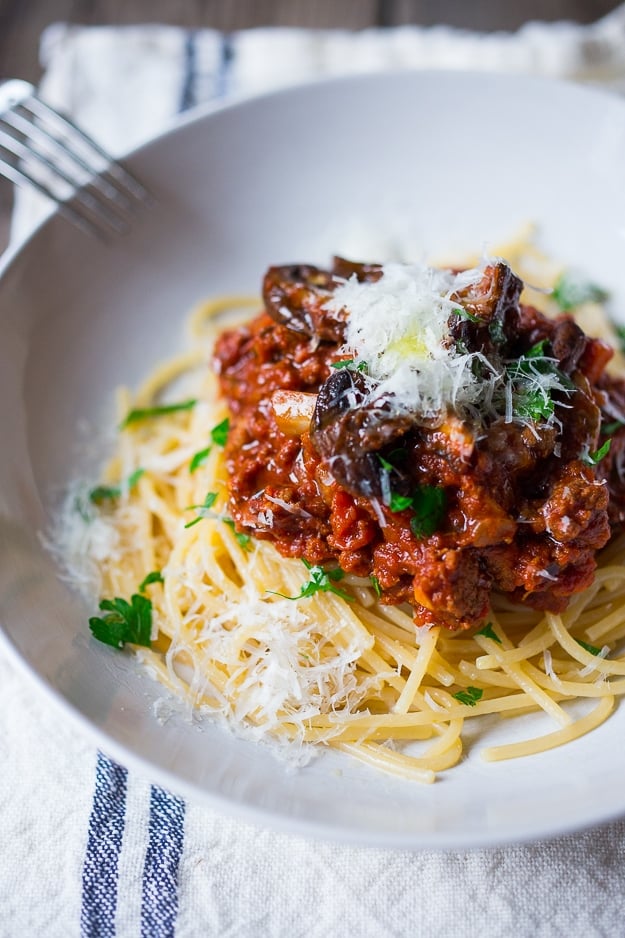 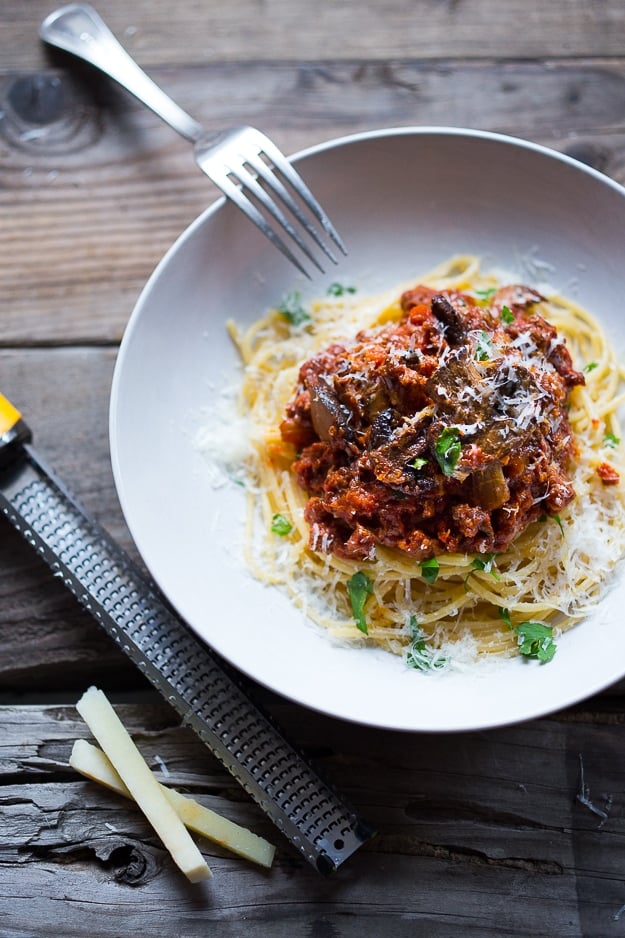 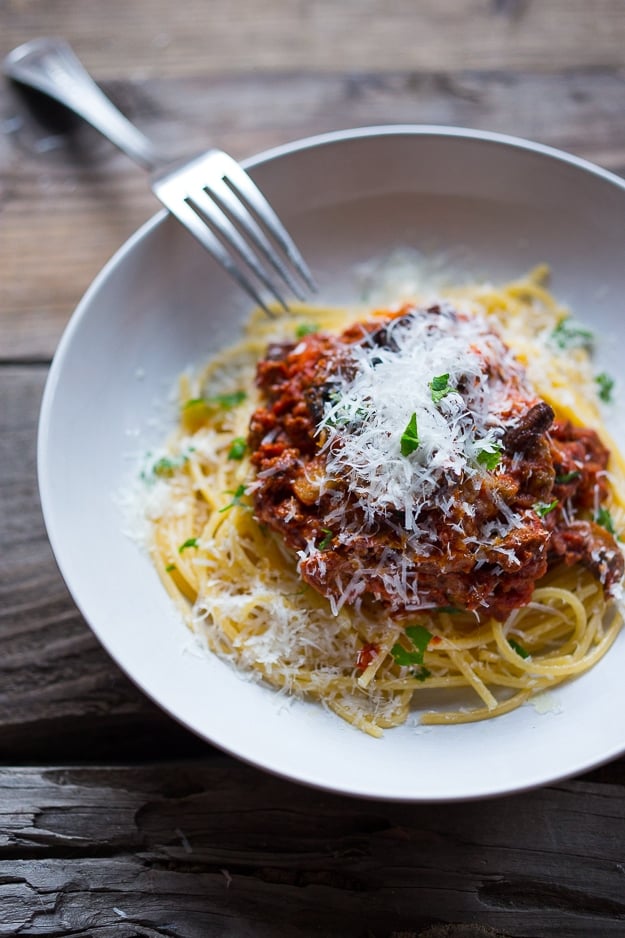 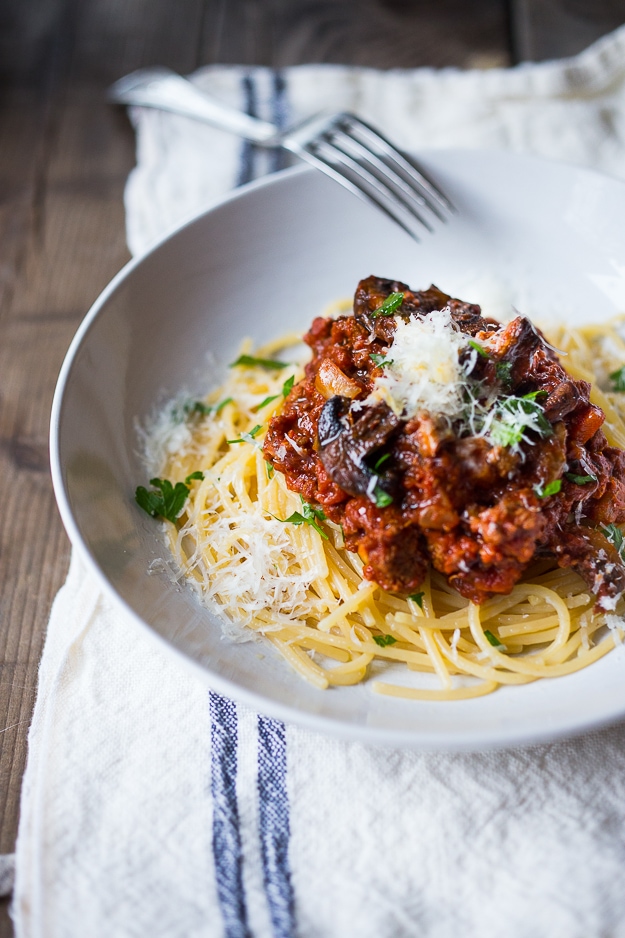 Slow Cooker Turkey Mushroom Bolognese- a lightened up version that is packed with flavor and depth. Simple easy healthy recipe!