Delicious plant-based, Korean Bulgogi Bowl, ready in minutes! Jackfruit soaks up all the yummy flavors instantly without hours of marinating. Pair with rice, kimchi, and a seared vegetable for a quick and amazing Vegan Bulgogi Bowl! 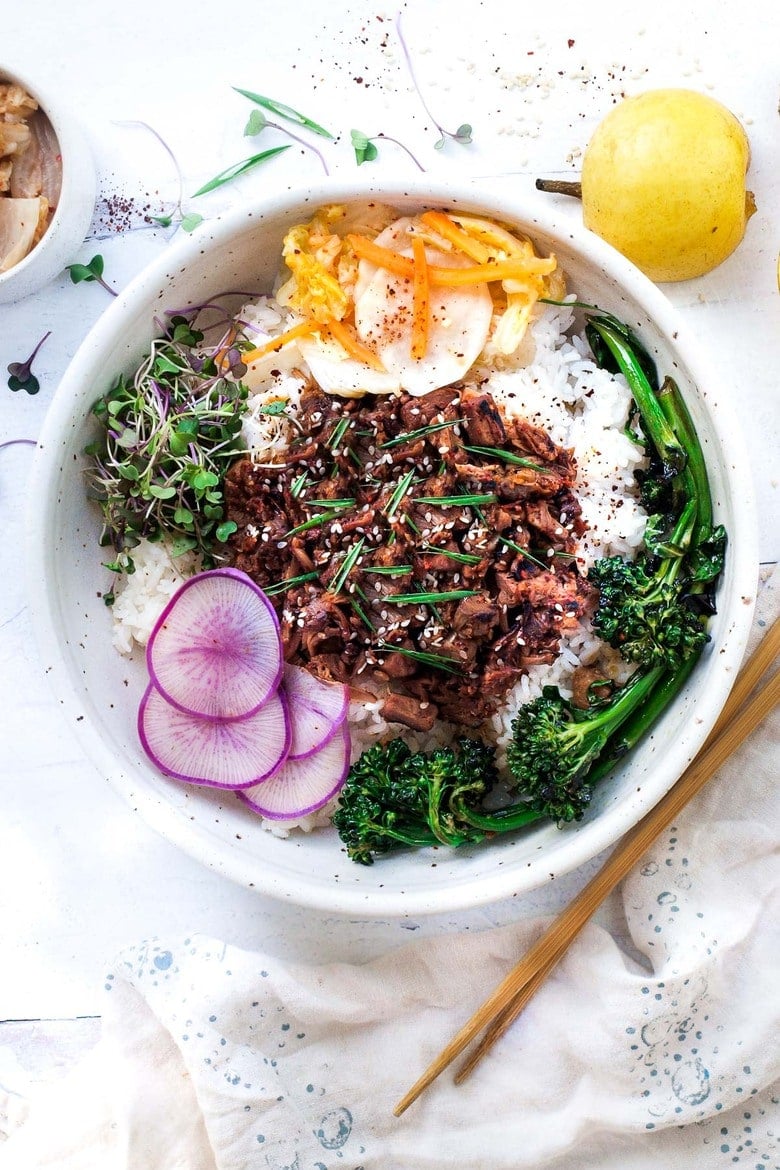 There is only ever one choice. Either you are living from your heart and moving toward your limitless potential, or you are continuing to live in fear and limitation.― Panache Desai

Here’s a fast and easy vegan weeknight dinner you are sure to fall in love with. Jackfruit replaces the meat in traditional Bulgogi and lends itself perfectly to this dish. It shreds easily, has a tender texture, and a fairly neutral taste allowing it to take on the flavor of the marinade.

The basic definition for Bulgogi is thinly sliced, marinated meat that is grilled, roasted, or pan-fried used in Korean cuisine.

Here we are using jackfruit in place of meat for a vegan version. Make sure to purchase jackfruit,  packed in water, not in syrup. Drain and shred with your fingers. 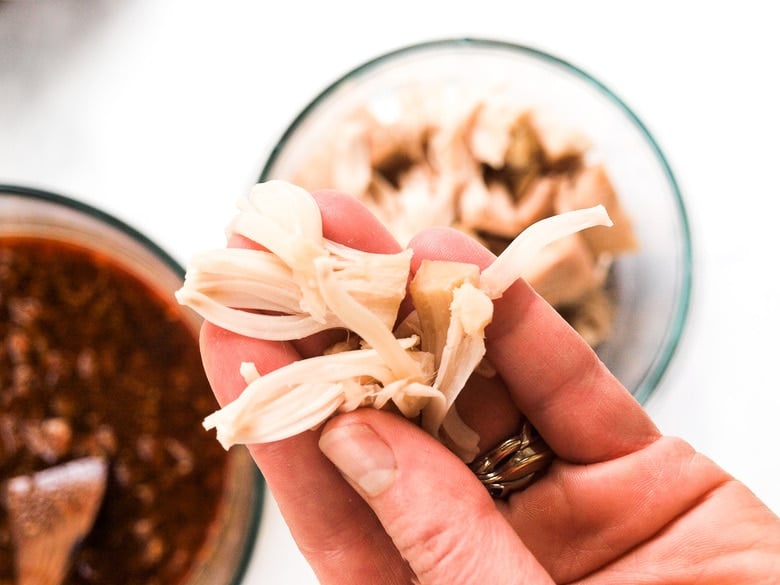 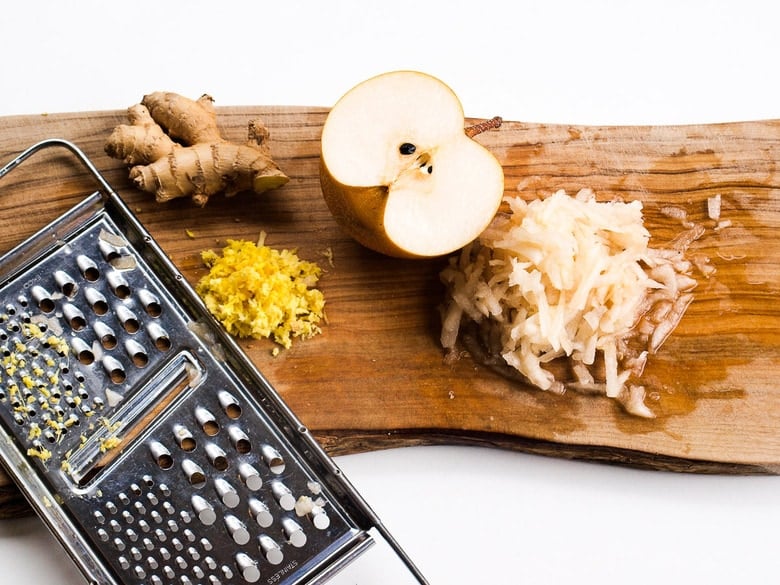 To make the flavorful Bulgogi Sauce, whisk together grated Asian pear, soy sauce, brown sugar, sesame oil, garlic, ginger, and gochujang which will become the marinade for the jackfruit. 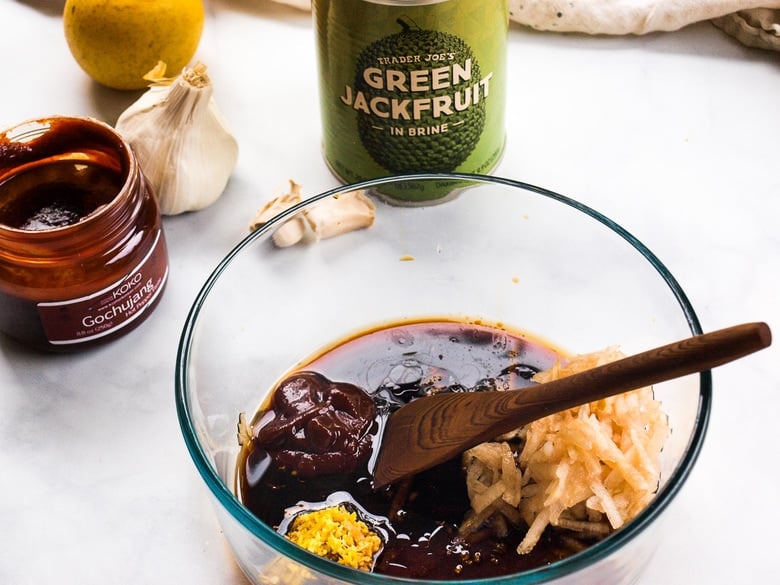 Carefully fold in the jackfruit until it is fully immersed in the bulgogi marinade. 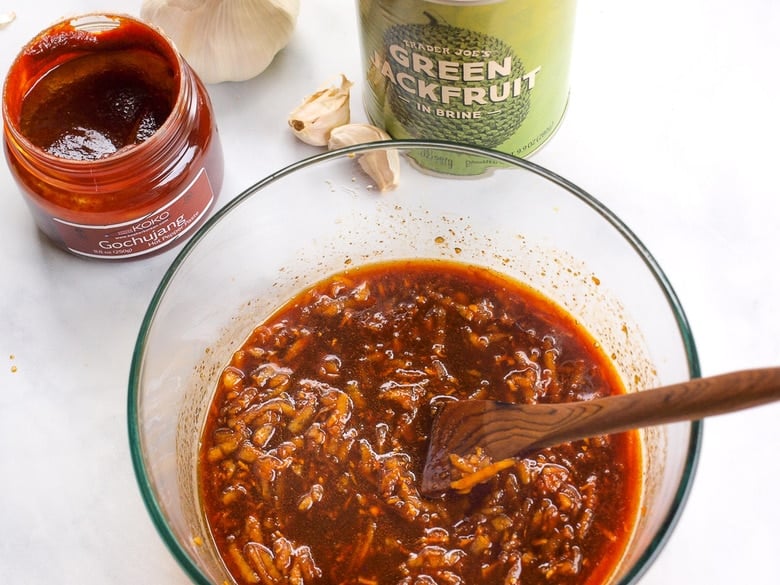 Heat a cast-iron or non-stick pan to medium-high heat. Add a tablespoon of high heat oil, and using tongs, place the marinated jackfruit in the skillet, letting the excess marinade drip back into the bowl.

Spread the jackfruit bulgogi evenly in the pan and let it cook without stirring for about 3-4 minutes.

Flip over letting it brown a bit, about another 3 minutes, adding more oil if needed. Pour the remaining marinade and green onions into the pan stir and heat thoroughly for another minute. 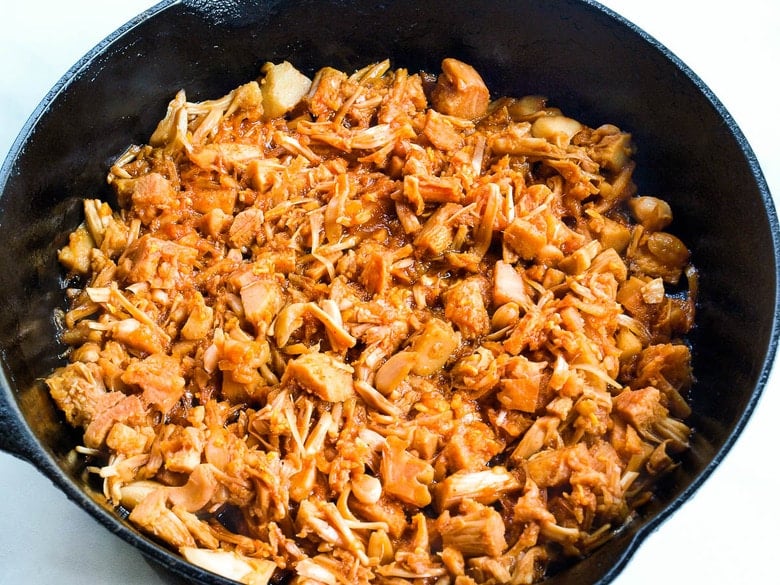 Serve the Jackfruit Bulgogi over cooked rice with your choice of veggies,  kimchi and a sprinkling of toasted sesame seeds. 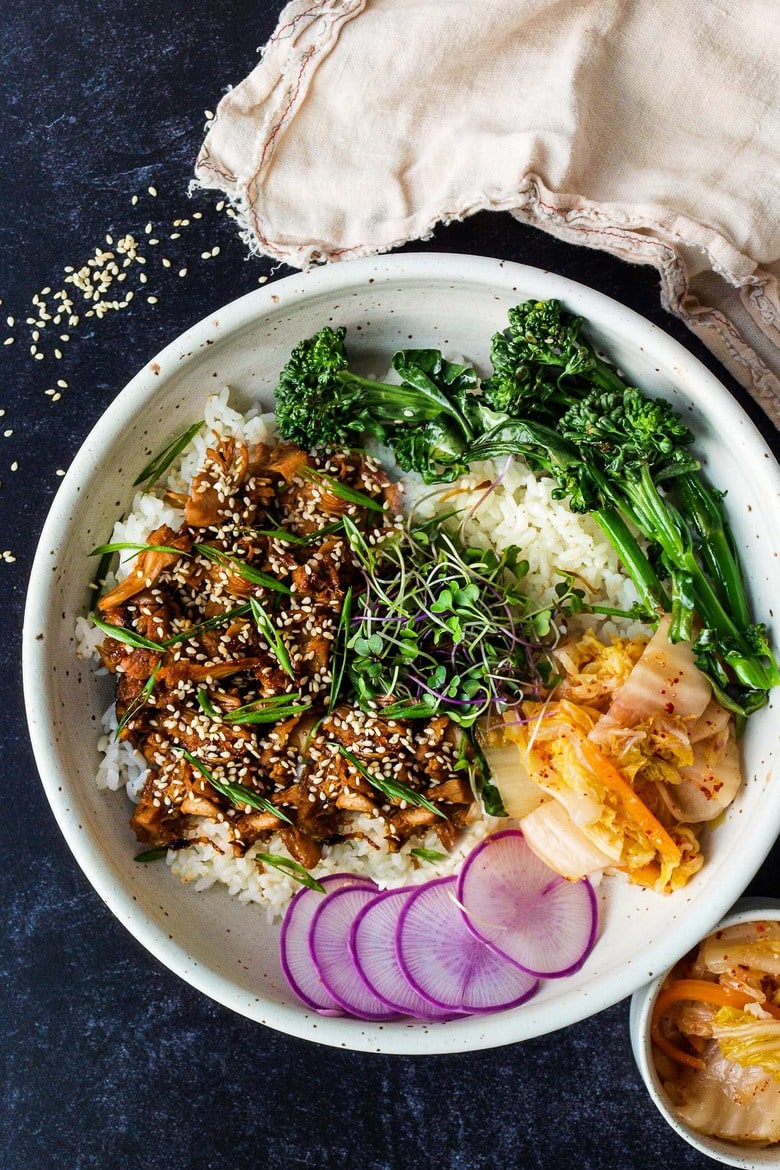 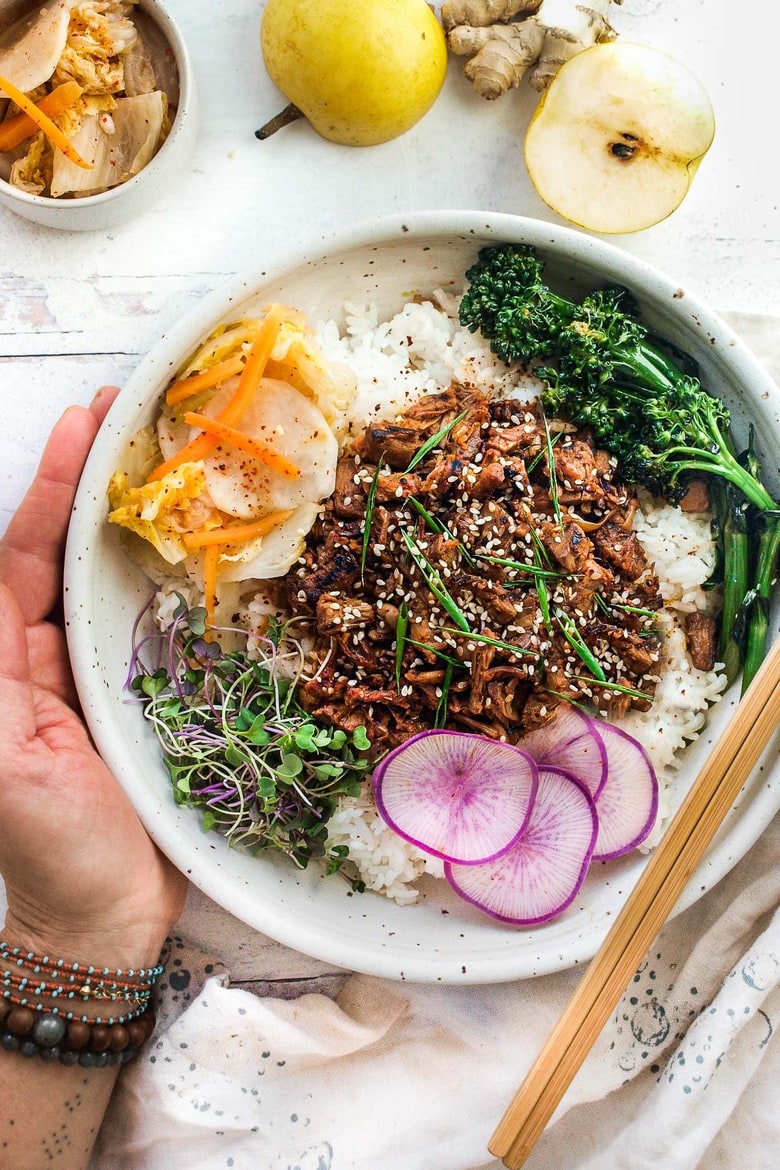 Give the Vegan Bulgogi with Jackfruit a try this week and let us know what you think in the comments below! We are excited for you to try this!

Vegan, plant-based, Korean Bulgogi Bowl using jackfruit instead of meat, with a flavorful Bulgogi Sauce/marinade! Create a vegan Bulgogi Bowl with rice, veggies and kimchi! Can be made in under 30 minutes!

20 oz can of jackfruit (packed in water), drained and rinsed

Feel free to use the flavorful marinade for thinly sliced chicken or beef (for mixed-diet households).

Leftovers will last in the fridge for 3-4 days.