Festive Pomegranate Drop with Rosemary …a refreshing and festive holiday cocktail made with vodka and Pomegranate Juice! 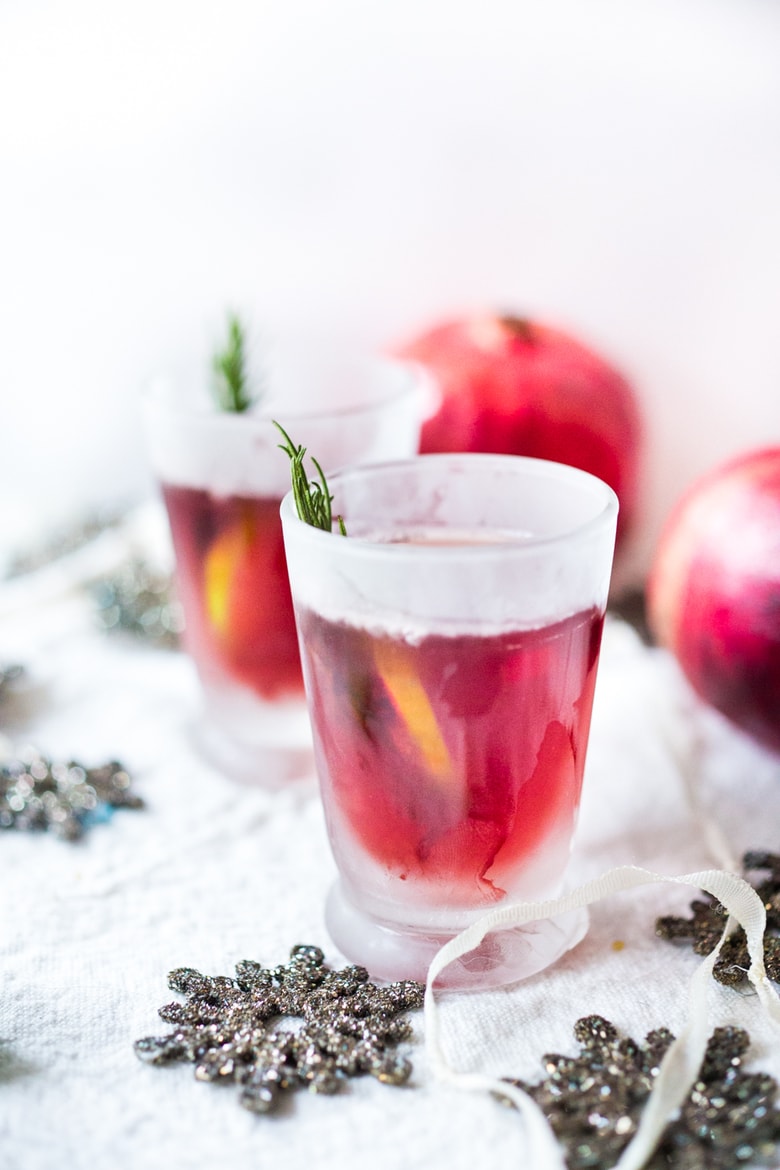 Here’s a little holiday cheer to brighten even the darkest of days – a Pomegranate Drop with Rosemary. Partnering with  Tito’s Handmade Vodka, I created this festive holiday drink featuring their small-batch Vodka, rosemary syrup, pomegranate juice and lime juice. Refreshingly tart, subtly sweet with a hint of rosemary, it’s my kind of cocktail and I’ve been enjoying them perhaps a little too much lately. 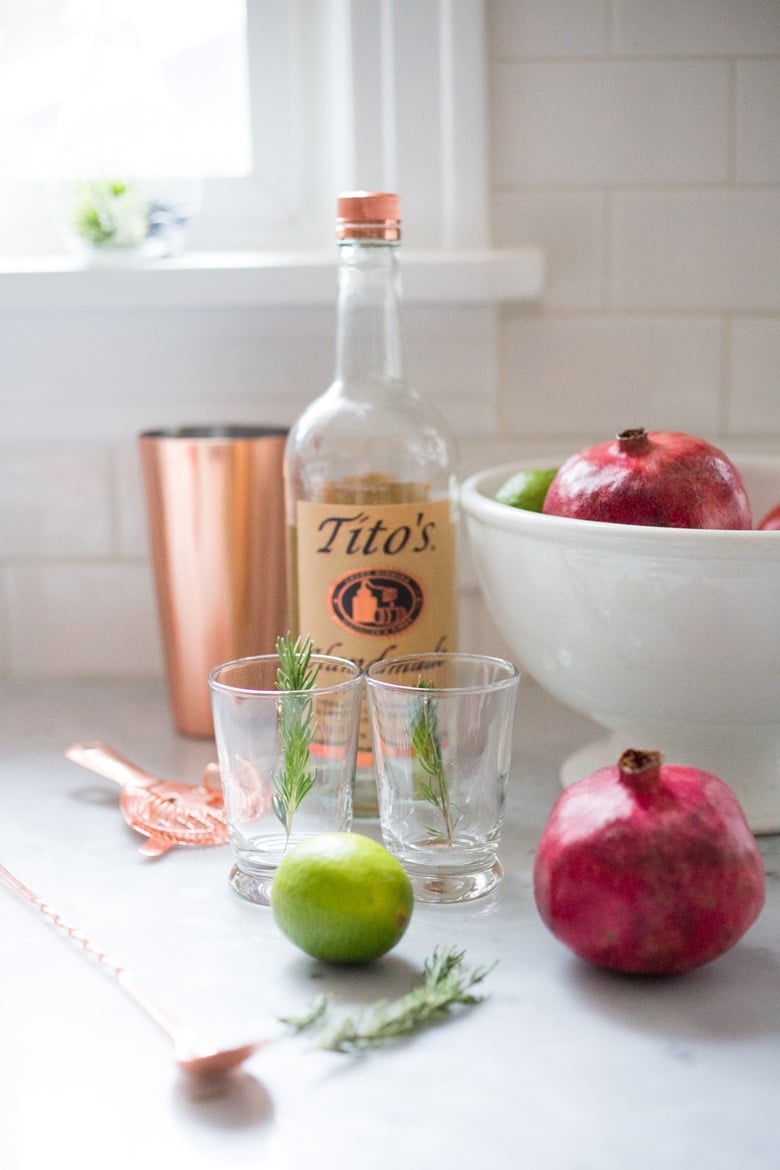 The first few times I made this, I used lemons. Then I switched to limes, which to me, made it more refreshing.

Tito’s Vodka, if unfamiliar,  is produced in Austin, Texas, in the state’s oldest legal distillery.  The founder and distiller, Tito Beveridge makes his vodka in small batches, using old-fashioned pot stills, then tastes every batch to make sure it’s perfect. You can find this here locally at Trader Joe’s. 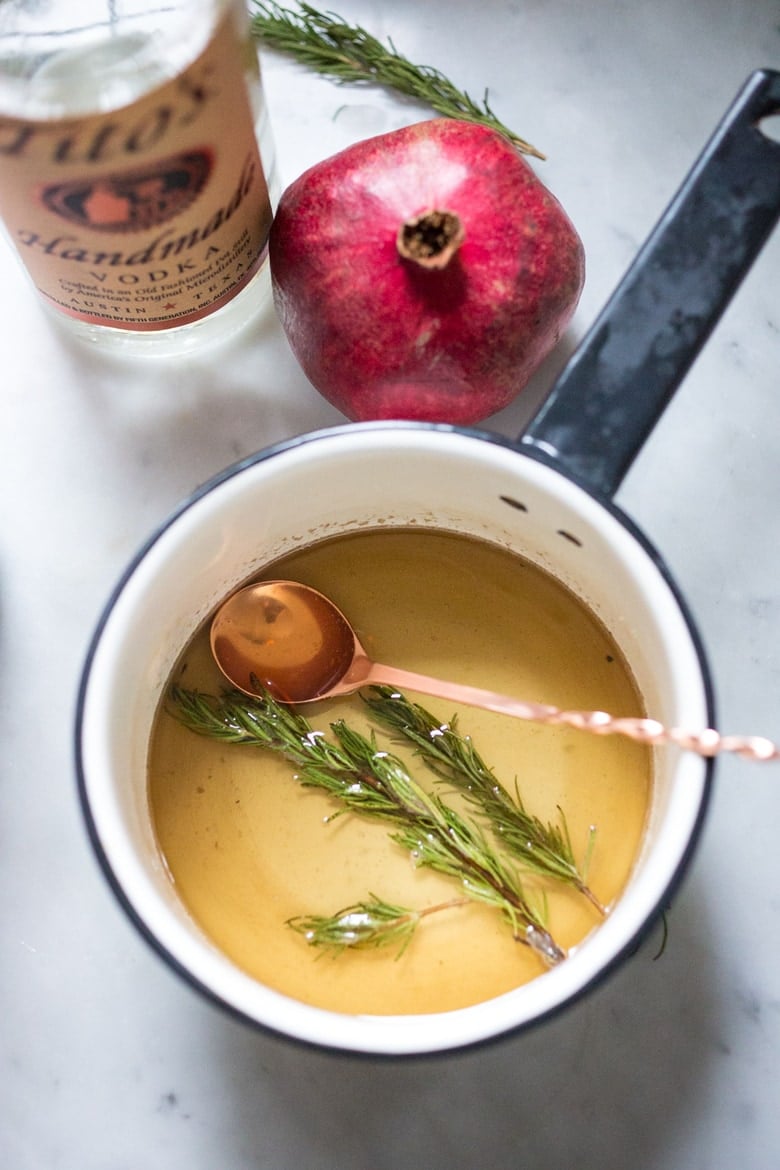 The Rosemary simple syrup is easy to make- just add sugar and water and rosemary springs to a pot and heat, stirring until sugar is dissolved. That’s it – it is done! 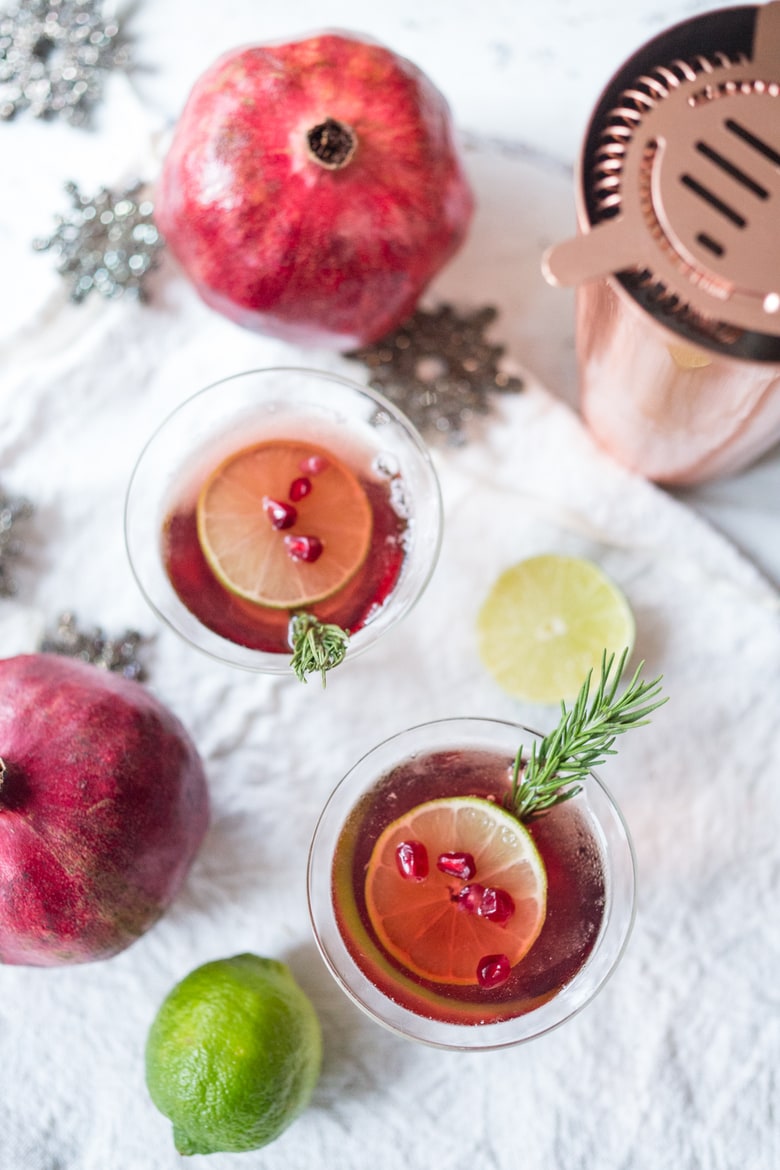 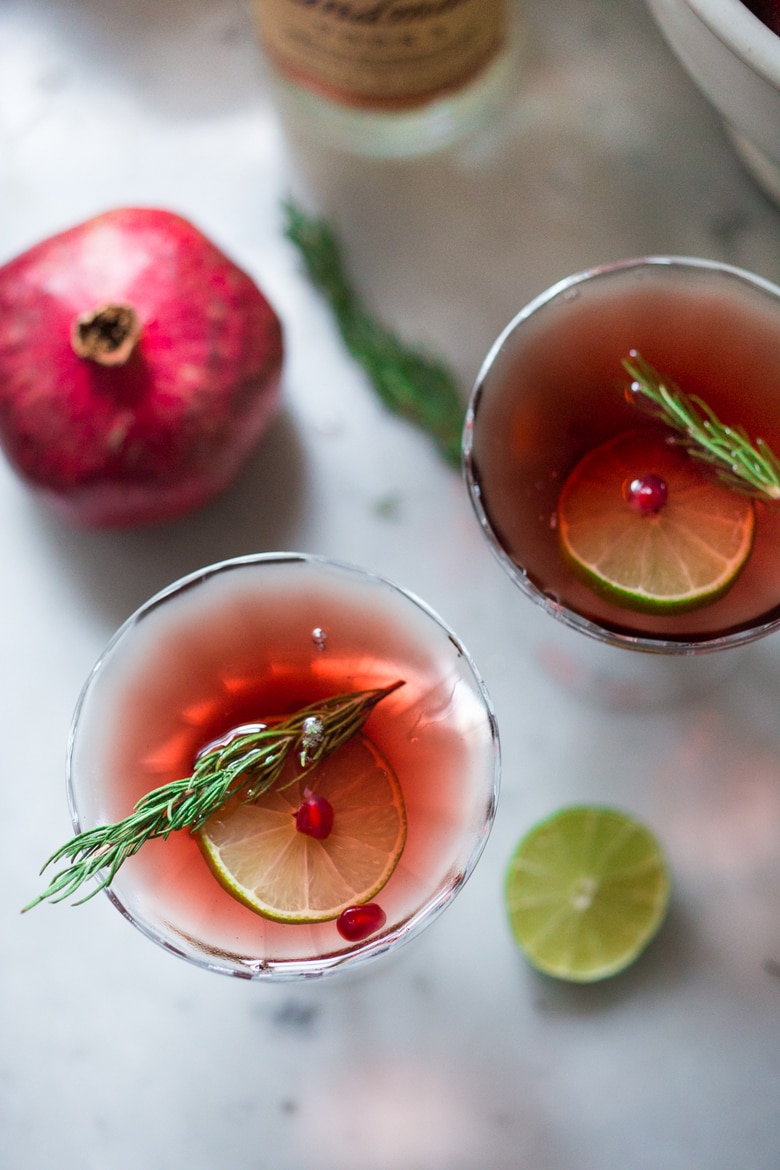 Pour it into a glass with a sugared rim if you like.

Garnish with a rosemary sprig and pomegranate seeds. 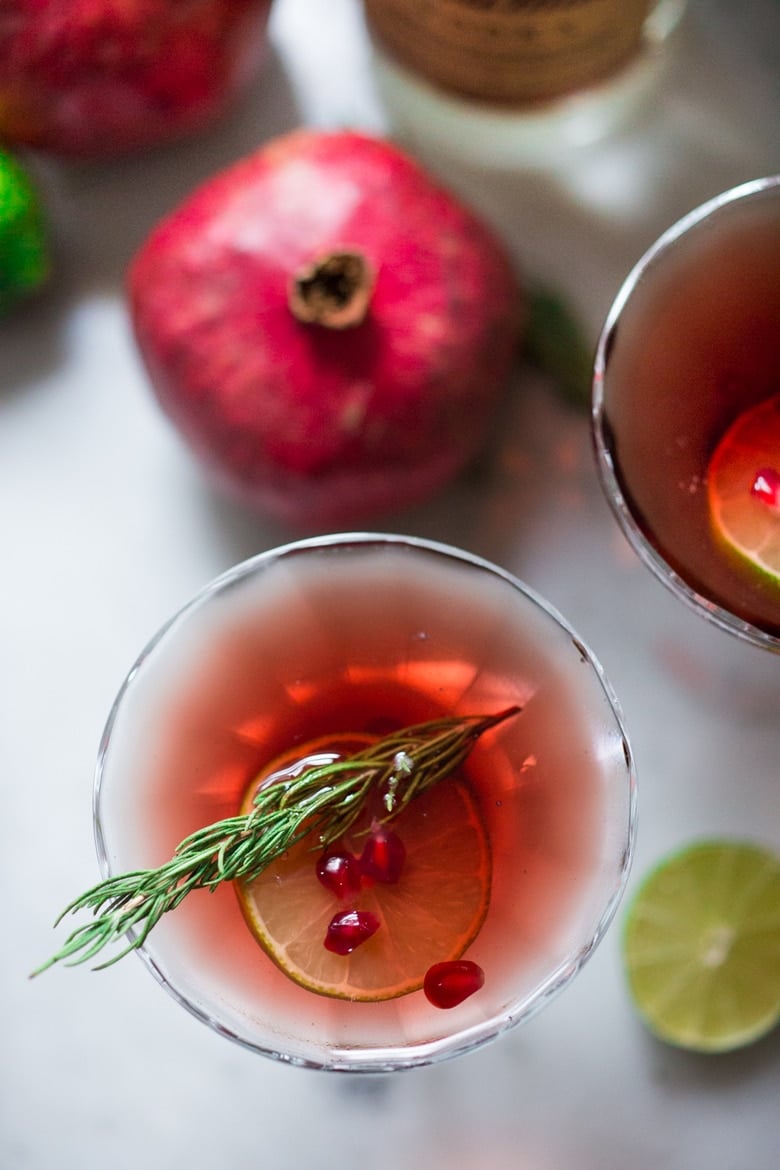 Festive Pomegranate Drop with Rosemary …a refreshing and festive holiday cocktail made with vodka and Pomegranate Juice!

The syrup will last up to 1 week in the fridge.