Epic Eggplant Caponata- simple, easy and bursting with summer flavor! The flavor-boosting secret is in the grilling! Serve it as a healthy vegan appetizer over crostini, or as a delicious side dish, or turn it into an eggplant “salad” served over greens and grains! Low- Carb and Vegan! 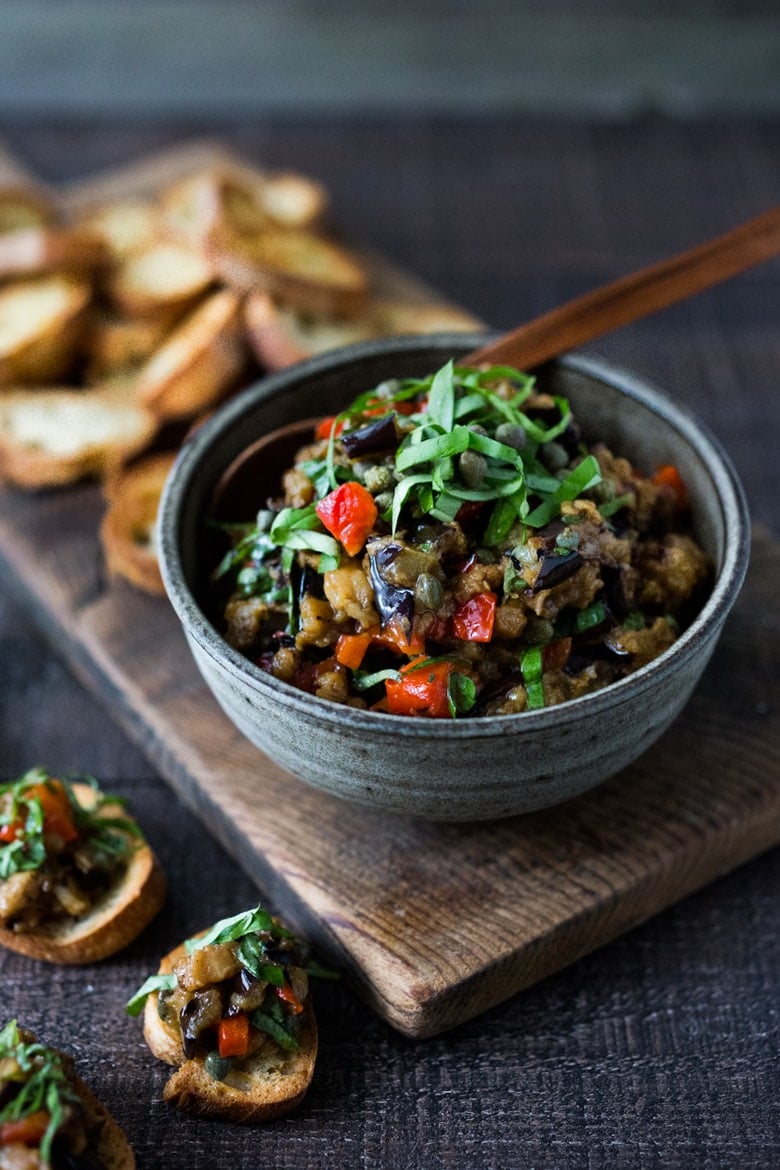 Mmmmmmmmm. Eggplant Caponata!  Everything is in season right now to make this tasty Sicilian  recipe- which can be served as a tasty appetizer, as a simple side dish or even as a salad.   In this version, the  eggplant is grilled for extra flavor, plus it just seems easier in my mind to fire up the grill, rather than dirty up a bunch of sheet-pans, but of course you could roast the eggplant instead. Your call. 😉

It is so easy to make! Grilled eggplant is chopped up and mixed with grilled red bell pepper, capers, basil, garlic and olive oil.  Such simple flavors really, but oh so tasty! This nice thing is this can be made up to a couple days ahead – it keeps well in the fridge. 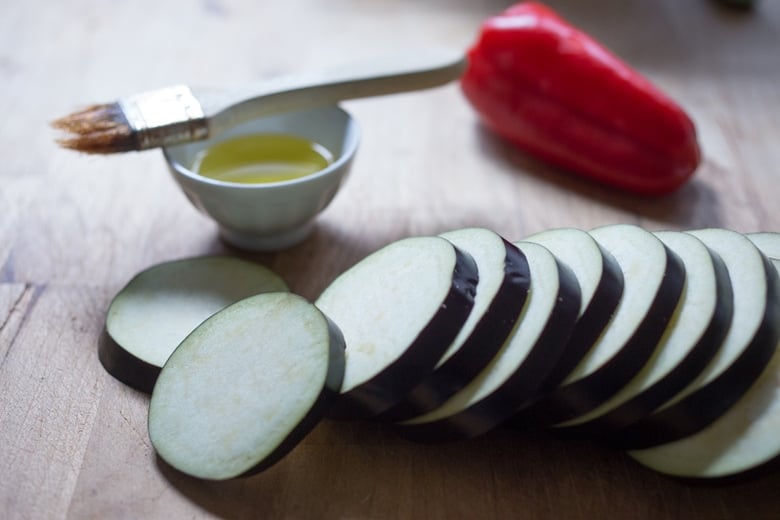 Slice the eggplant and brush with olive oil. 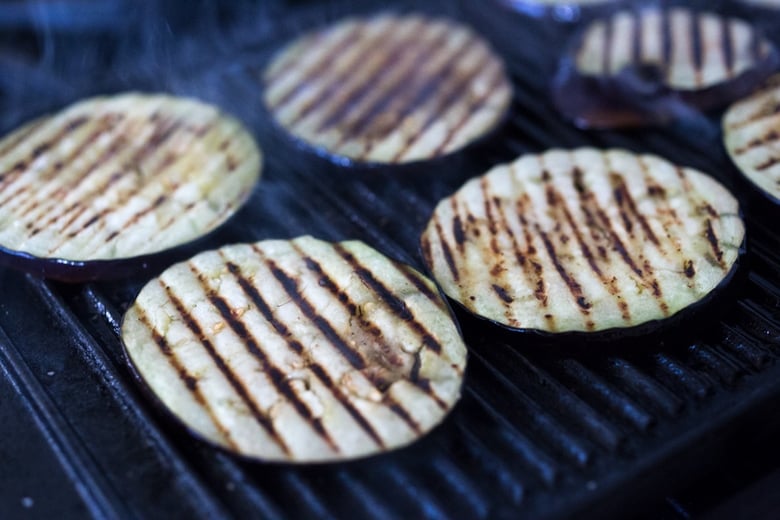 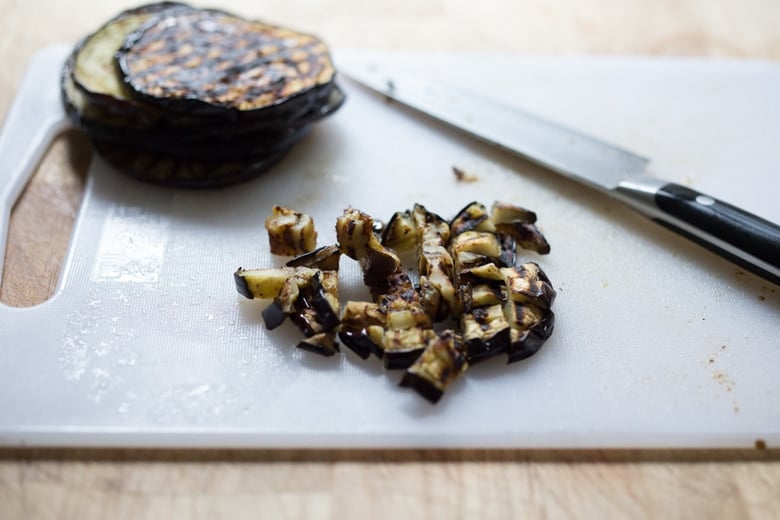 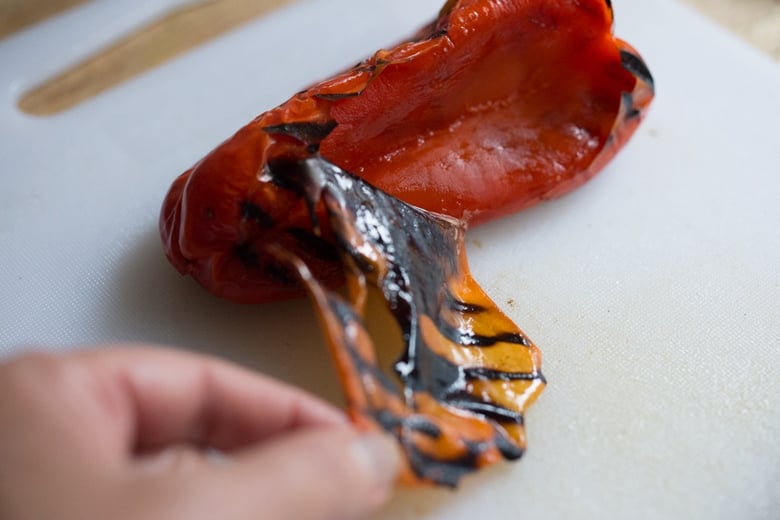 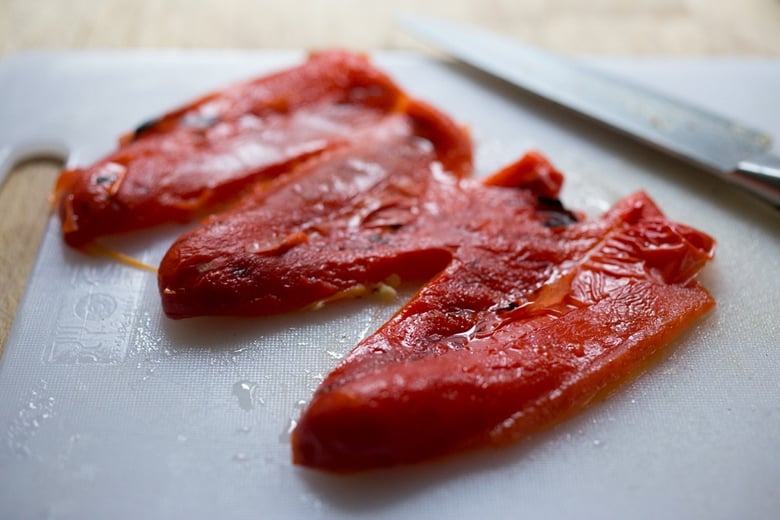 Cut the fresh basil into “ribbons”. 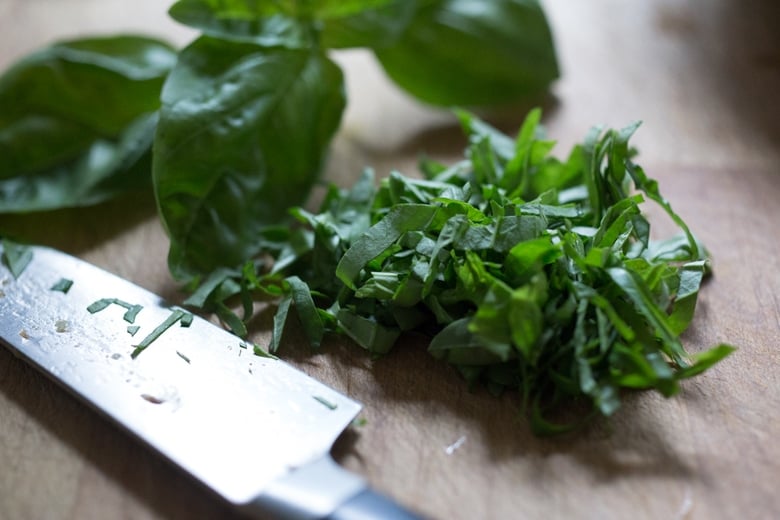 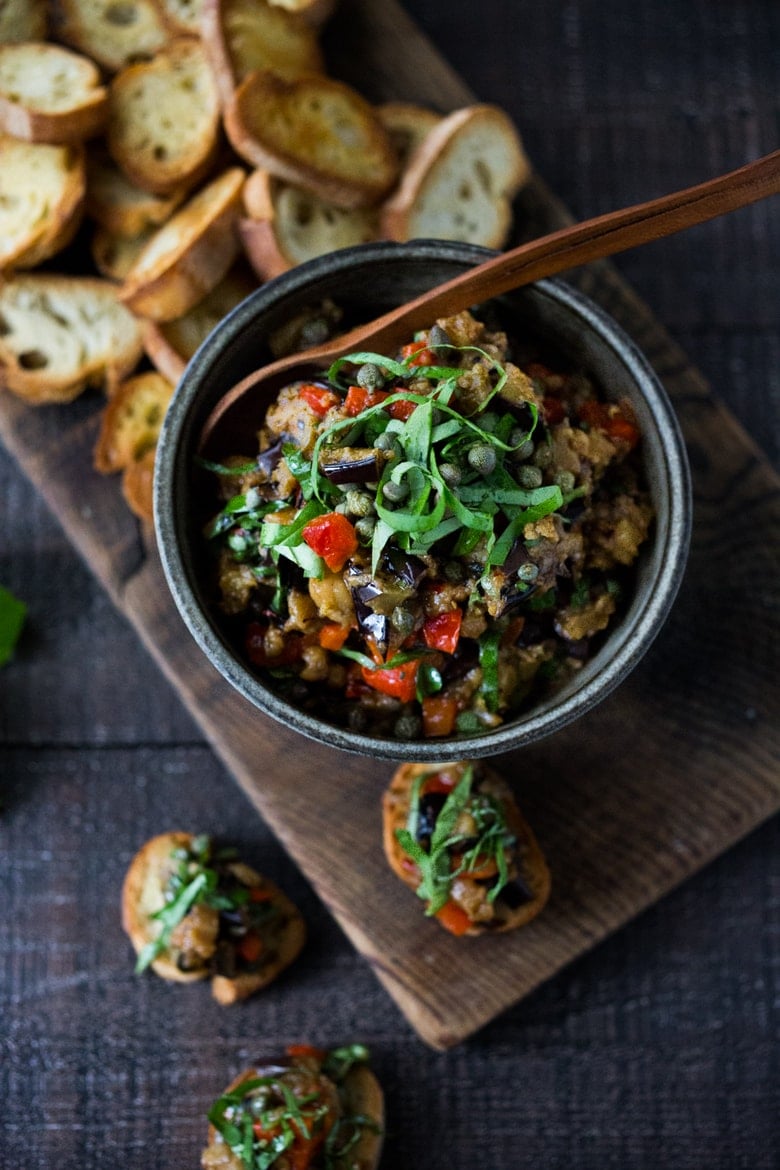 When serving as crostini, you can also grill the bread. Either serve the Eggplant Caponata on the side, so the toasted crostini stays nice and crisp, or if serving immediately, feel free to pile it on!

A simple, delicious vegan appetizer, perfect for end of summer. 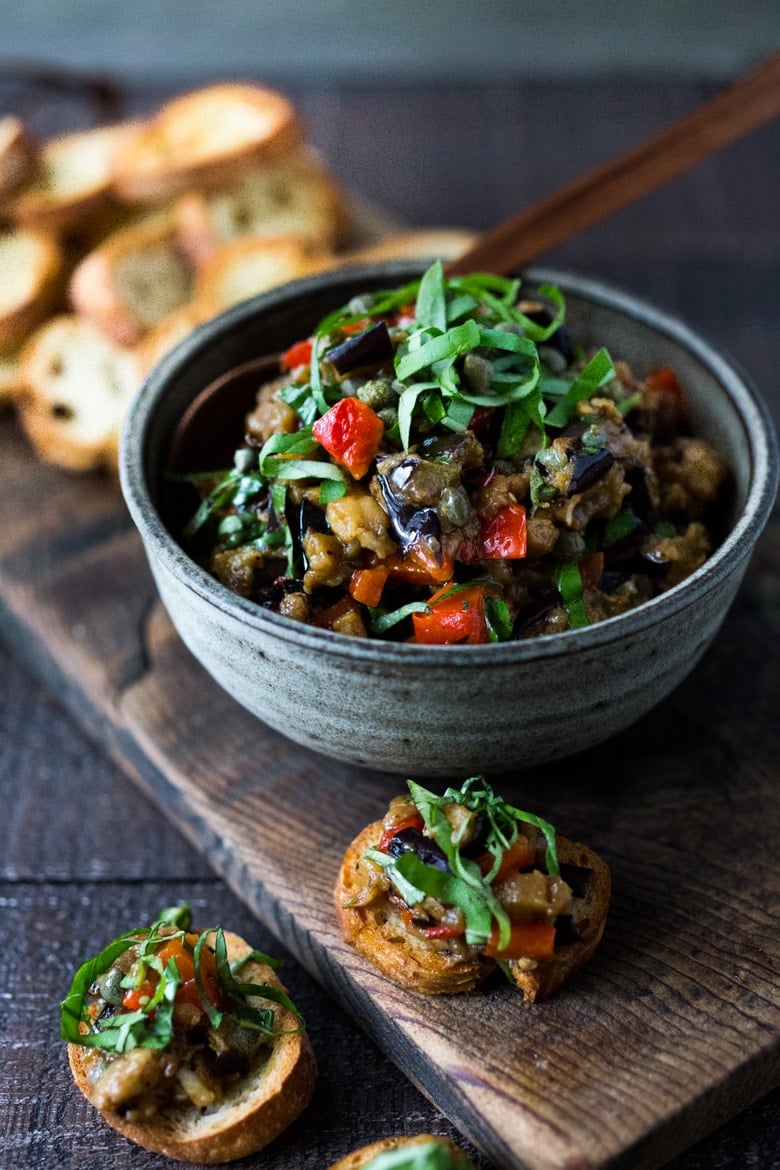 A great way to use up your summer eggplant!

This Sicilian recipe for Eggplant Caponata- is simple, easy and full of summer flavor! Serve it as a healthy vegan appetizer over crostini, or as a delicious side dish, or turn it into an eggplant “salad” served over greens and grains! Low- Carb  and Vegan! #eggplantrecipes #eggplantcaponata #caponata #feastingathome #grilledeggplant #vegan #healthy

Heat grill to medium-high heat.
Slice eggplant into ⅓ inch thick rounds and brush both sides with olive oil.
If making crostini, slice baguette into ½ inch thick disks. Brush both sides with olive oil.
Once grill is hot, grill eggplant slices, 4-5 minutes on each side, until noticeable grill marks appear, turning heat to medium if necessary, stack eggplant in a bowl and cover tightly with foil so they steam and cook through.
Grill the red pepper on all sides over medium high heat until lightly charred and tender. Place with the eggplant under the foil.
Grill the baguette slices. ( If making this ahead, wait until close to serving time to grill the bread. Alternatively you make bake the bread on a sheet pan in a 375 F oven until crisp and do this the day before.)
Uncover the eggplant and let cool, then dice in to small ⅓ inch prices and place in a medium bowl. Dice the bell pepper. Add the finely minced garlic, balsamic vinegar, olive oil, capers, and salt. Taste and add salt if necessary, remembering the bread will dilute the some of the salt.
Right before ready to serve, stir in the basil ribbons. To make ribbons, stack the basil leaves uniformly. Roll up from point end to stem end. Thinly slice the roll.
Serve the grilled baguette alongside the eggplant caponata or place a tablespoon or two on each piece of bruschetta, garnishing with more basil.

You could also serve this over some warmed goat cheese  if going low carb. Or serve over greens and grains as a salad, or use as a tasty side dish. 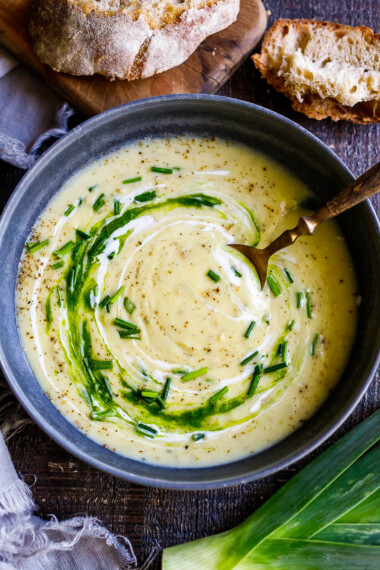 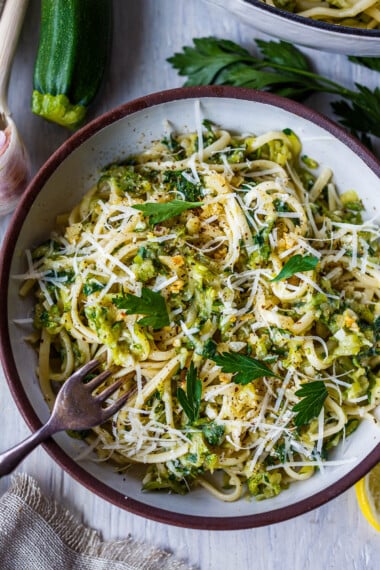 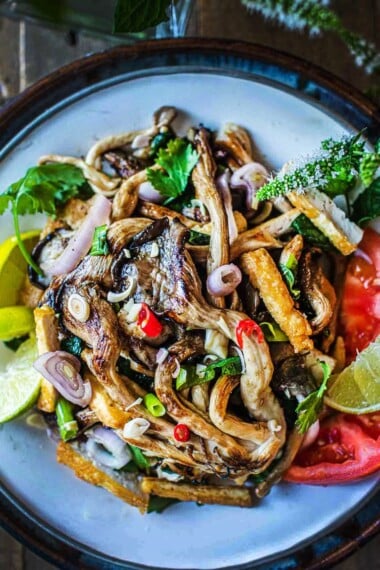 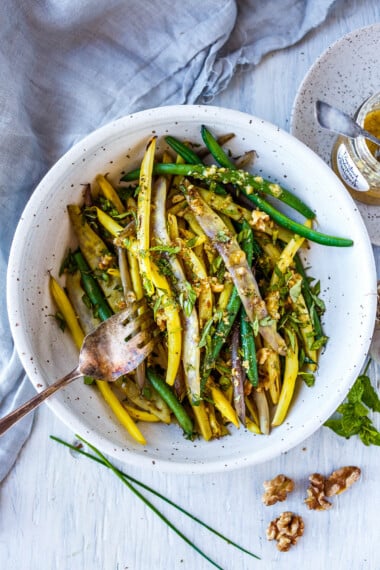 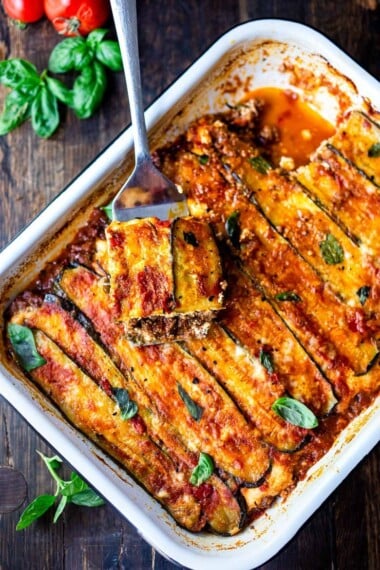 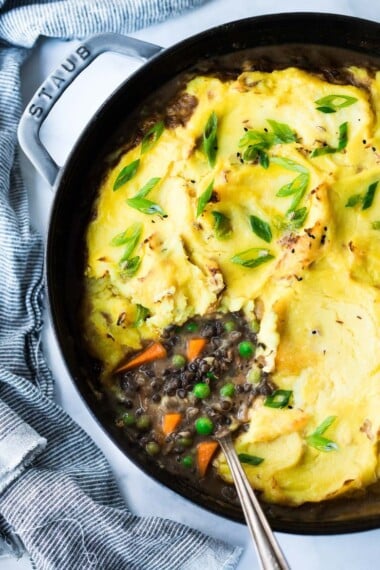 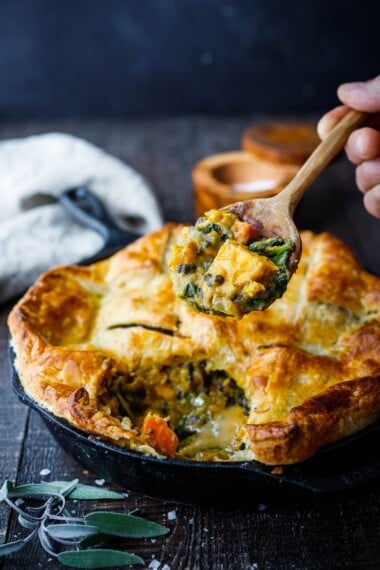 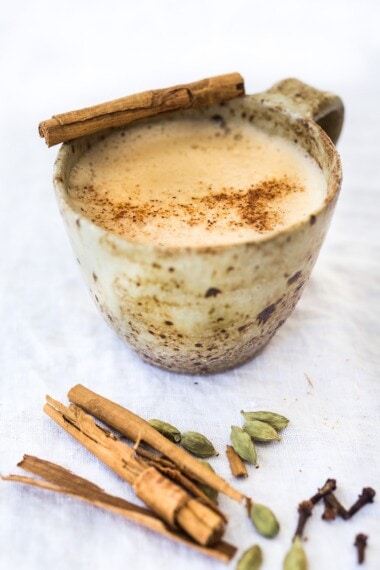 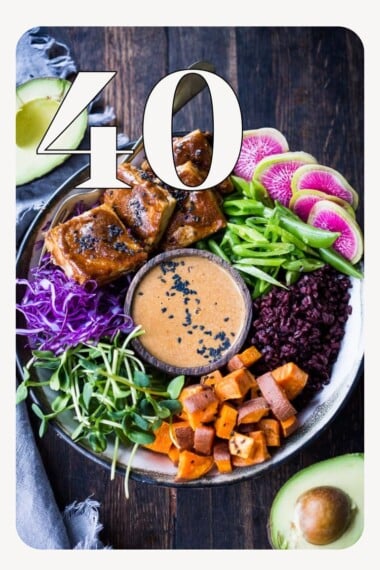